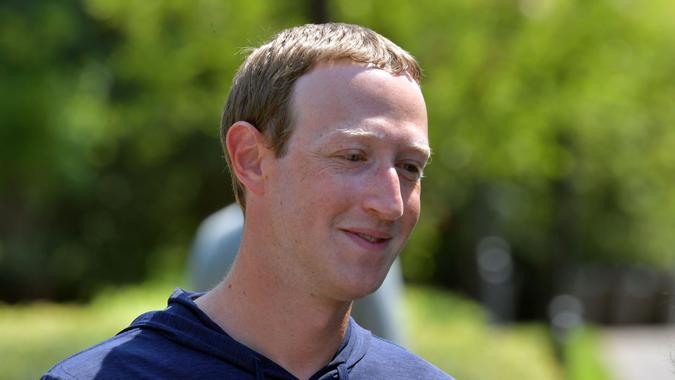 Facebook parent company Meta reported disappointing earnings — the first earnings since its rebranding – on Wednesday, Feb. 2, as well as a weak outlook, sending the shares crashing 20% following the release.

This one-day crash prompted Bloomberg to say that it could rank among the worst in stock-market history, as it put the company on track to lose about $180 billion in market value.

The stock was down 22% in pre-market trading Thursday, Feb. 3.

“I’m encouraged by the progress we made this past year in a number of important growth areas like Reels, commerce, and virtual reality, and we’ll continue investing in these and other key priorities in 2022 as we work towards building the metaverse,” Mark Zuckerberg, Meta founder and CEO, said in the earnings release.

Meta reported revenue of $33.7 billion and earnings per share (EPS) of $3.67, according to the release. Analysts were expecting revenue $33.4 billion of and EPS of $3.84 according to CNBC.

Meta also issued weak guidance, saying that it expects its first quarter of 2022 total revenue to be in the range of $27 to $29 billion, which represents 3-11% year-over-year growth, according to the release.

“On the impressions side, we expect continued headwinds from both increased competition for people’s time and a shift of engagement within our apps towards video surfaces like Reels, which monetize at lower rates than Feed and Stories,” according to the release.

“In October, we announced that “Meta” would be our new name and we laid out our vision for the metaverse. When we shared our plans at Connect, I said this is not something we’re going to do on our own. The metaverse will be built by creators and developers, it will be interoperable, and it will touch many different parts of the economy. In the months since, it’s been exciting to see lots of other companies share their own plans for the metaverse and how their experiences and products might show up too. And I look forward to partnering with a lot of them as we all work to bring this to life together,” he added, according to the transcript of the call.

CFRA Research said it was maintaining its Hold opinion on Meta, according to a note sent to GOBankingRates. Senior industry analyst Angelo Zino wrote in the note that CFRA is reducing its 12-month target to $294 from $357.

See: Metaverse Stocks: 5 Best To Buy
Find: The Metaverse: What You Should Consider Before Investing in a Virtual Space

“More importantly, revenue guidance of 3%-11% was sharply below our mid-teens outlook, likely due to ad spend shift to competitors (e.g., TikTok),” Zino wrote. “Although we think FB is looking to retool to better serve a younger audience (18-29 age group), it will take significant time to fully execute and will come at a high price. Given this, we see margin/earnings compression in the intermediate term.”