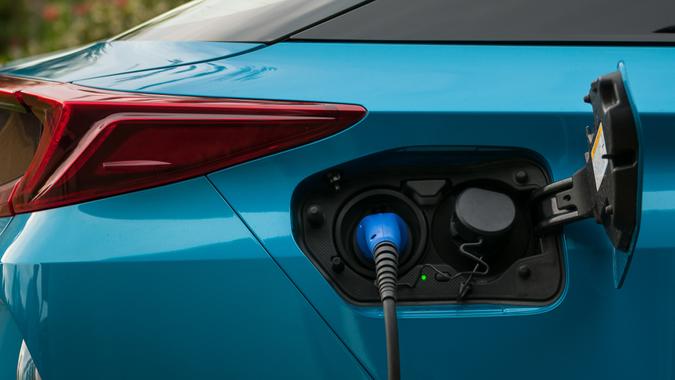 Following the $1.9 trillion American Rescue plan, signed into law last week, the Biden administration is preparing an infrastructure package. As part of the package, Senate Majority Leader Chuck Schumer will reportedly include a proposal “to get every American to swap their gas-guzzling car for an electric one,” according to The Verge.

See: VW Will Join Tesla as an EV Superstar by 2025, According to UBS
Find: 50 Most Environmentally Friendly and Affordable Vehicles

In an interview with The Verge this week, Schumer said that “it’s a bold new plan designed to accelerate America’s transition to all electric vehicles on the road, to developing a charging infrastructure and to grow American jobs through clean manufacturing.”

“And the ultimate goal is to have every car manufactured in America be electric by 2030, and every car on the road be clean by 2040,” Schumer said to The Verge.

The plan would be similar to the so-called “cash for clunkers” plan Schumer proposed in an October 2019 New York Times op-ed.

See: The True Cost of Going Electric
Find: 5 Questions To Ask Before Buying an Electric Vehicle

The Verge says that under the current proposal, anyone who trades in their gas car for an electric one would get a “substantial” point-of-sale discount and that “they are eyeing rebates that are “more generous” than the current $7,500 federal EV tax credit.”