President Donald Trump’s limousine, dubbed “The Beast,” made its public debut in New York City for the United Nations General Assembly on Monday, Sept. 24, 2018, and there’s a lot more than meets the eye with the newly redesigned presidential limo.

For national security measures, the U.S. Secret Service has kept the majority of details under wraps, but “The Beast” is reported to cost as much as $1.5 million — and that would be paid for with Americans’ tax dollars. The federal government relies on taxpayer dollars to fund government programs. The protection of the sitting commander in chief, top-ranking elected officials and their families fall under the purview of the U.S. Secret Service. In 2018, the agency requested $25.7 million for security-related expenses associated with presidential protective operations, including $12.5 million earmarked for Trump’s travel expenses.

Click to read more about the perks of being president.

The expenses involved in the heavily armored sedan reportedly include foot-thick rear doors, its own oxygen supply in case of a chemical or biological attack, built-in tear gas launchers and an emergency medical suite equipped with a supply of the president’s blood type.

Read: These Are All the States With Trump Properties and Businesses

The closest you can come to riding around in presidential style is driving the Cadillac CTS-V Sedan — the most expensive civilian Cadillac available for purchase, at close to $95,000.

Related: Trump’s Tariffs and What They Mean for You

Trump’s $700B Defense Bill Includes a $2B Boeing Contract

Another recent defense-related cost funded by American taxpayers comes in the form of updating military helicopters. On Monday, Sept. 24, the Air Force tapped into President Trump’s expanded $717 billion defense bill and awarded a $2.38 billion contract to Boeing for new military helicopters used to secure America’s nuclear missile sites. The new helicopters will replace Vietnam-era aircraft and are expected to be in operation in 2021.

Click through to read more about Trump’s 15 surprising spending habits. 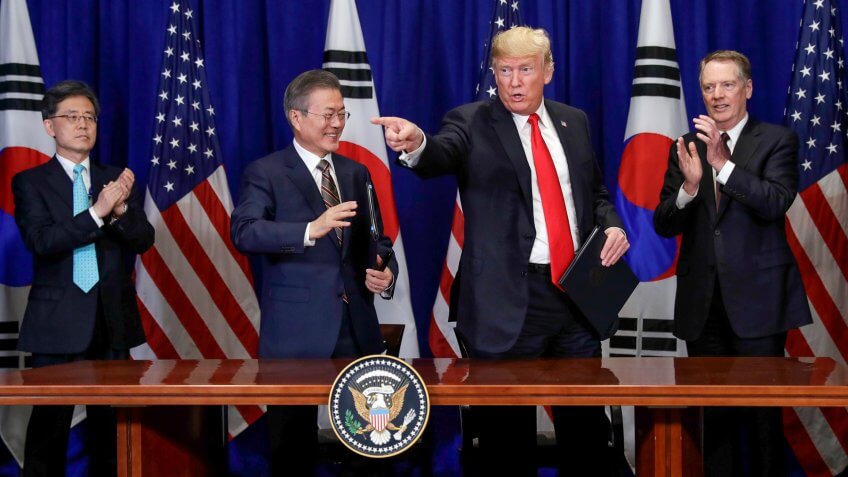 What Trump’s New South Korea Deal Means for You

See what the deal means for pickup truck prices, steel and more.