Dying in the line of duty is something that police officers, firefighters and soldiers face in their line of work. But they are hardly the only ones. According to the Census of Fatal Occupational Injuries (CFOI), the industry with the most fatal work injuries was construction — 991 deaths in 2016 — compared to 497 for government employees. But with an annual mean wage of $49,930, is construction worth dying for?

Click through to see how much these dangerous jobs will help you grow your net worth — and decide for yourself it’s worth it.

In 2016, the year of the most recent data, there were 5,190 fatal work injuries. The study analyzed total fatal occupational injuries by occupation and event or exposure and then factored in each occupation’s annual mean wage.

Because the study looked at jobs on the most drilled-down level, the occupations are very specific. For instance, you’ll see the occupation “heavy and tractor-trailer truck drivers,” instead of using the broader, more vague occupation category, “transportation and material moving occupations.” This specificity is meant to provide a clearer picture of which jobs are truly the most dangerous relative to their pay.

Here are the 10 best dangerous jobs based on low fatality rate and high average salary:

Want a Career in Tech? Study Identifies the Highest-Paying Jobs

A big common denominator for the worst dangerous jobs is moving vehicles. Work injuries involving transportation incidents are the most common occupation fatality, accounting for 40 percent, or 2,083 work injuries.

Here are the worst dangerous jobs based on high fatality rates and low pay:

Here is the full list of the dangerous jobs evaluated in the study, including the number of fatal injuries for that occupation; the percentage of total annual fatalities it accounts for; and mean annual wage. It is in order from worst to best, with No. 51 being the worst dangerous job relative to its pay.

Methodology: GOBankingRates compiled a list of occupations with the highest rate of fatalities, sourced from the Bureau of Labor Statistics’ Census of Fatal Occupational Injuries, 2016. 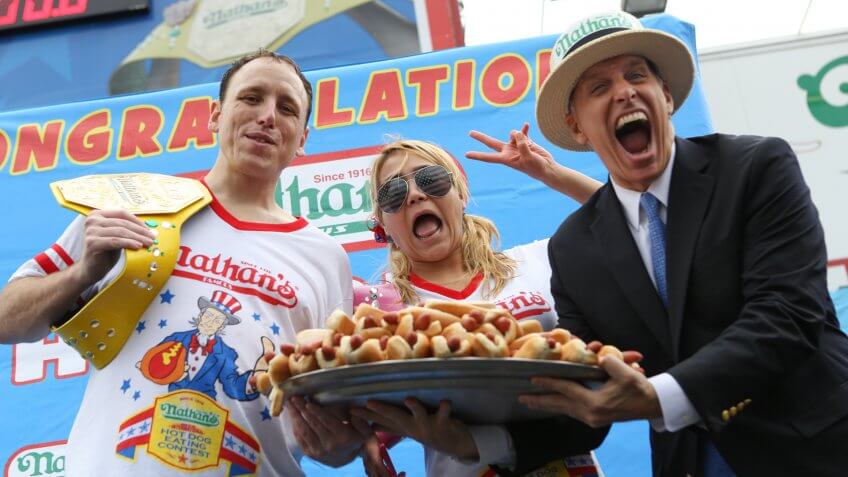 See the 2018 prize money winners and Joey Chestnut's net worth.