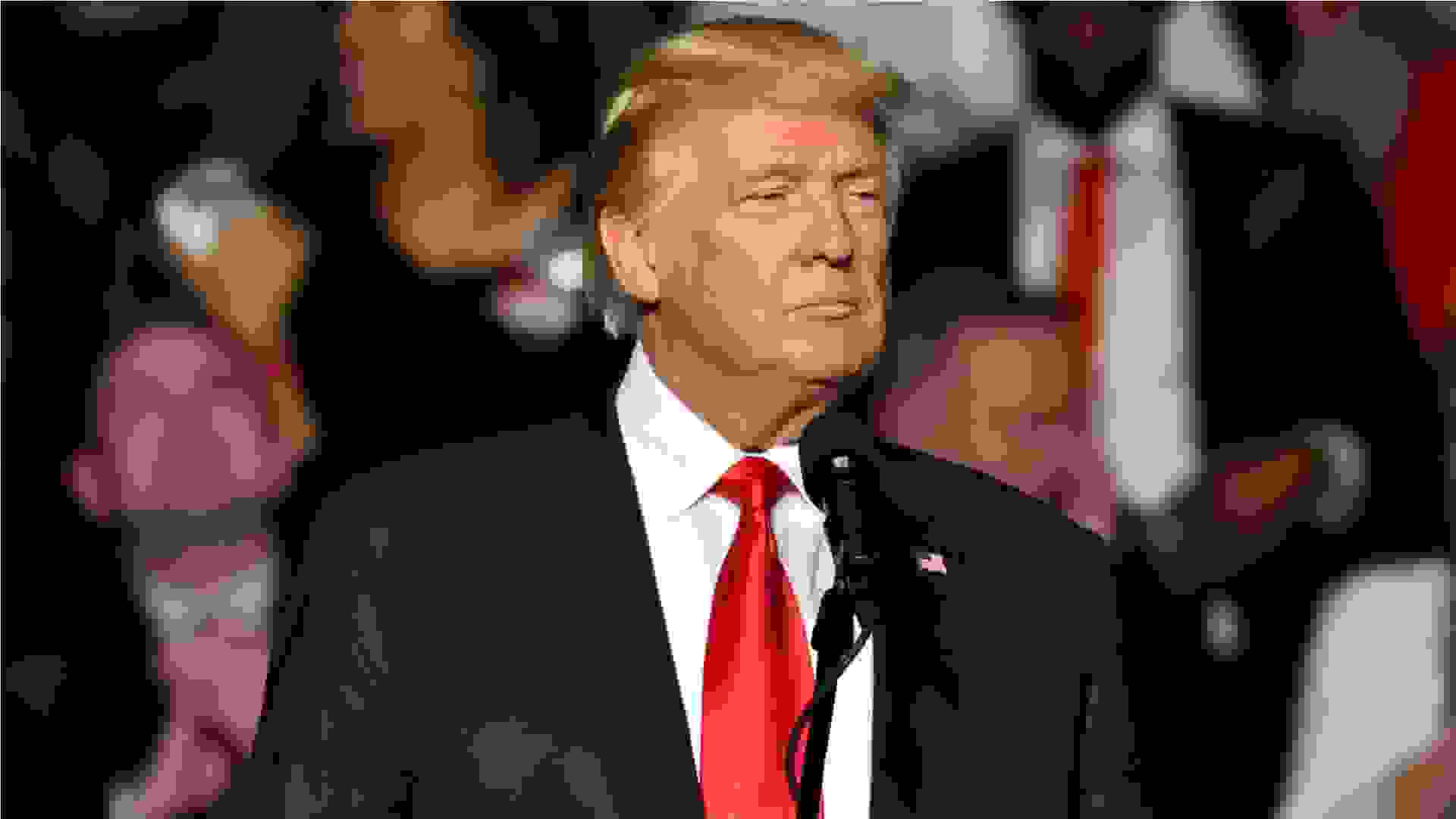 As we veer closer and closer to the 2020 election, many are waiting for bombshells to drop about the candidates, their running mates and their families. But while some of the biggest scandals involve the people running for president, others involve those who are further down on the ballot.

Here is a list of some of the biggest financial scandals that occurred in the lead-up to the 2020 election to help you be as informed as possible when you hit the ballot box. Take a closer look at these money scandals that made headlines. 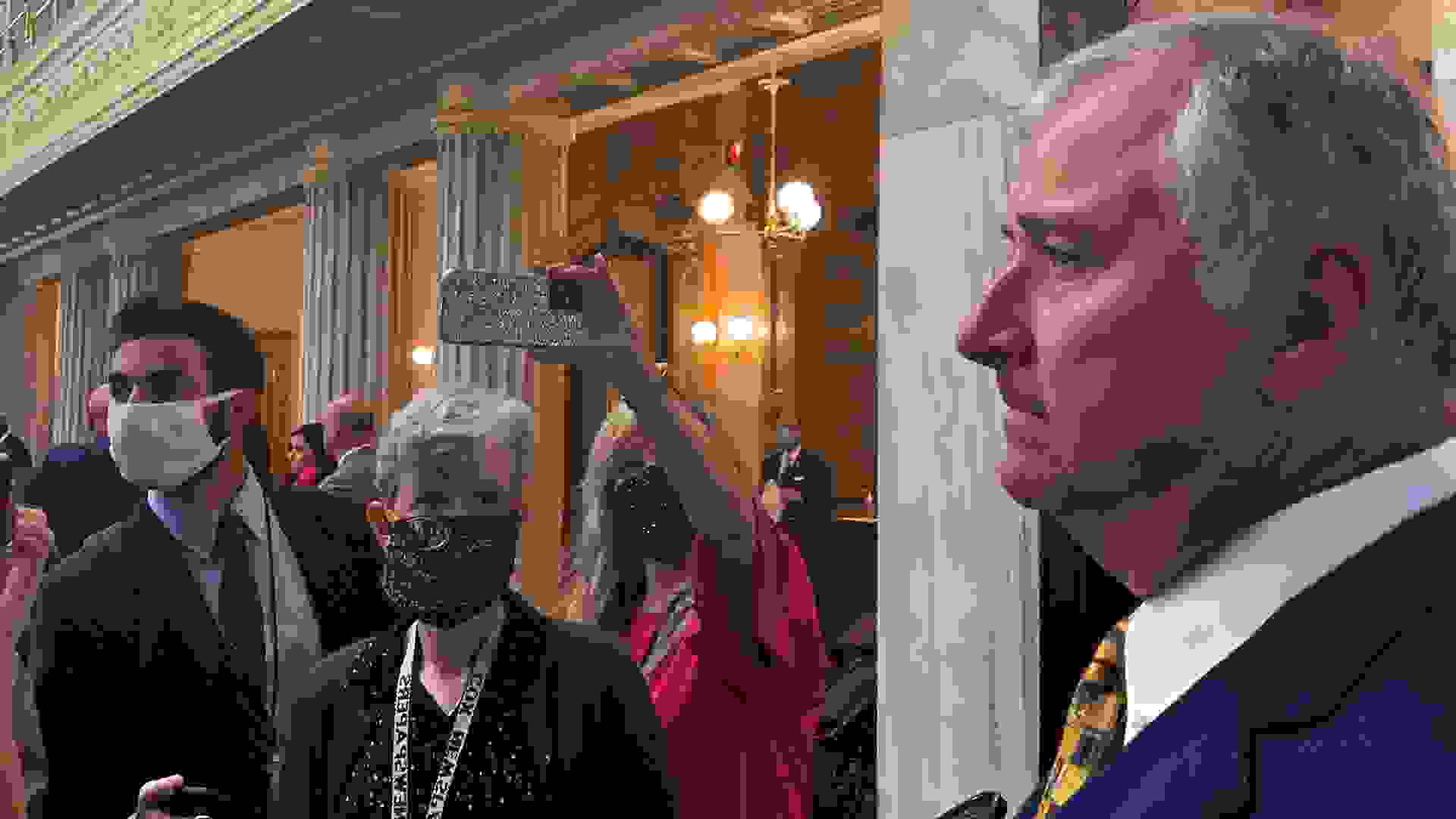 In July, Ohio’s speaker of the House was arrested for what U.S. Attorney David DeVillers has called the largest money laundering and bribery scheme to occur against citizens of the state.

The scheme (allegedly) worked like this: FirstEnergy funneled more than $60 million to a nonprofit — the donors of which didn’t have to be disclosed based on its 501(c)(4) designation — that helped Republican Rep. Larry Householder return to his previous position of speaker of the House.

In return, Householder instated HB6 upon his election. The bill would add a new fee to every electricity bill in Ohio. The fees would benefit the power plants to the tune of $150 million a year through 2026.

Calls for Householder’s resignation were rejected by the politician, who was subsequently removed and replaced. Despite his indictment, Householder is running unopposed for re-election in Ohio’s District 72. As of Oct. 22, it’s been reported that Householder has used approximately $950,000 in campaign money to fund his defense. 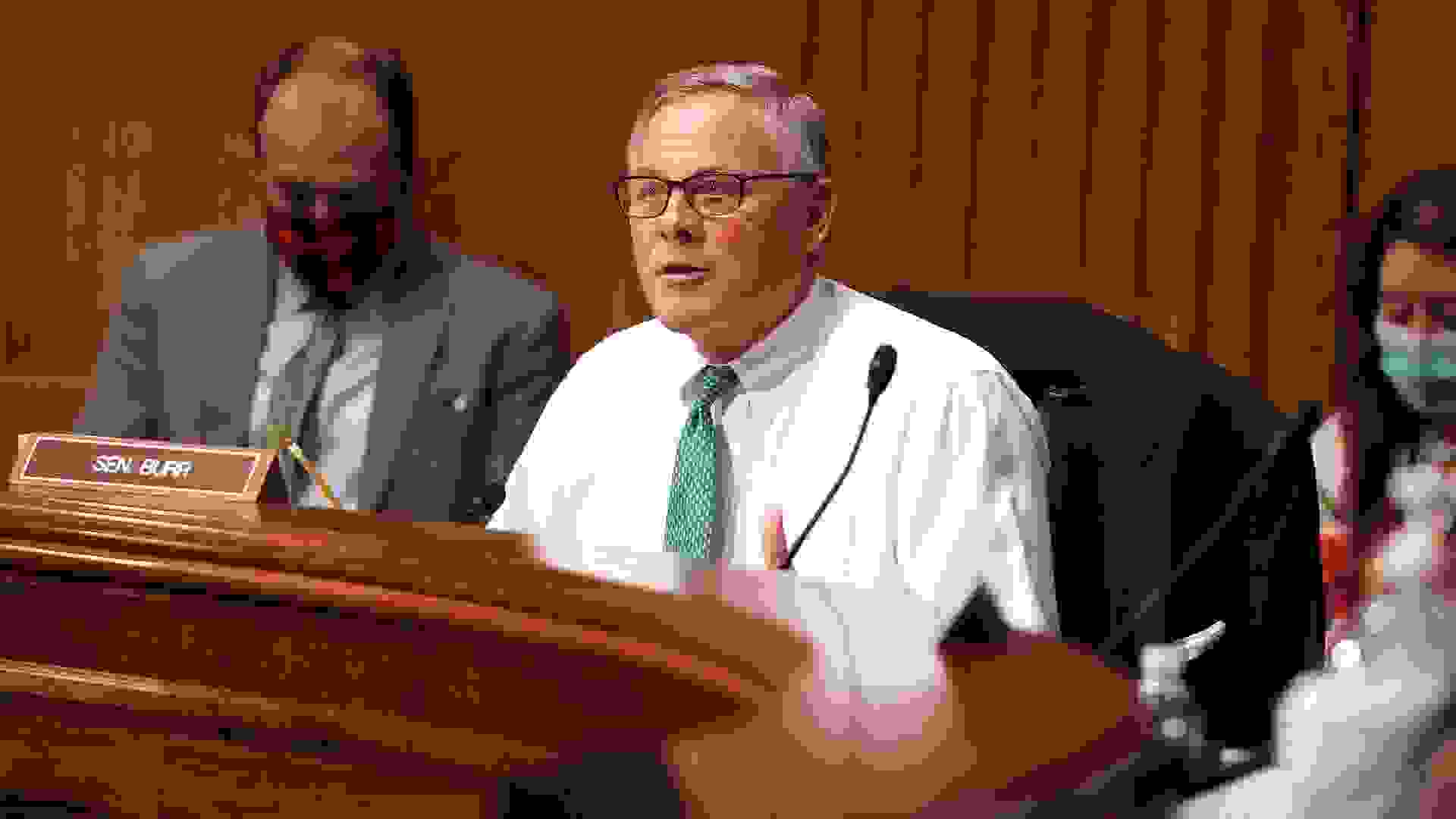 Senators Sold a Fortune in Stocks While Coronavirus Threat Was Downplayed

None of us knew just what kind of toll the pandemic would take on people’s mental health, livelihood and the economy earlier this year. But it’s possible that some politicians had insider information about the havoc COVID-19 would wreak — even as President Donald Trump and the rest of the GOP played it down to the nation.

In February, Republican North Carolina Sen. Richard M. Burr sold hundreds of thousands of dollars worth of stock. Though selling stocks isn’t suspicious in itself, eyebrows were raised because Burr, who was also serving as chairman of the Senate’s Intelligence Committee at the time (he’s since stepped down due to the ongoing investigation), had written a Fox News opinion piece about how well-prepared the country was to handle the pandemic.

The stocks Burr sold included more than $100,000 worth of shares in hotel companies. The value of this stock began declining rapidly soon after due to the spreading pandemic.

Aside from Burr, Loeffler has been most scrutinized in the media. This stems from the fact that the senator began a selling spree of more than $1 million dollars worth of stocks on the same day — Jan. 24 — that the Senate Health Committee (on which she serves) hosted a briefing on COVID-19. Loeffler has denied allegations that she dumped stock as a result of the briefing. 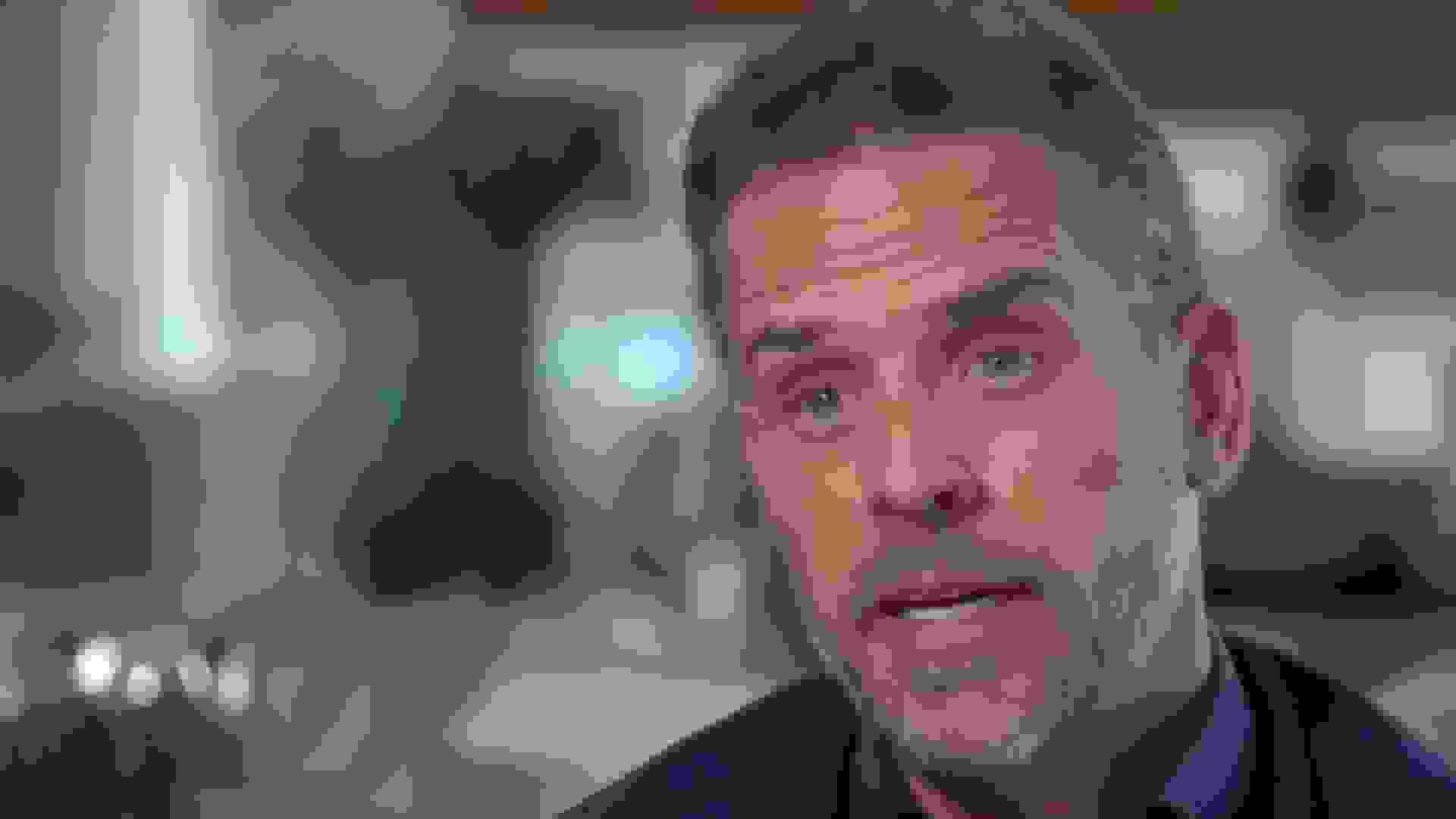 Claims That Hunter Biden Has Received $3.5 Million From the Wife of Moscow’s Former Mayor

If you were watching the first presidential debate, then you likely already know that President Trump accused former Vice President Joe Biden’s son, Hunter Biden, of accepting $3.5 million from the wife of a Russian politician. Trump demanded an investigation into this claim.

In addition, recent days have seen some of the president’s associates turning over information to the New York Post, which they claim proves that Joe Biden maneuvered foreign policy in Ukraine to create monetary benefits for his son while the latter was working in that country.

That information allegedly comes from a damaged Apple computer that had been dropped off at a repair shop but never returned. Claims related to this incident have been unsubstantiated. Not only was no one able to positively identify Hunter Biden as the person dropping off the laptop, but, according to reports, at least two reporters who worked on the New York Post story refused to put their names on the piece due to doubts of the story’s veracity.

As for the $3.5 million that Trump mentioned during the debate, that figure came from a report released by Senate Republicans which alleges that ill-gotten gains were sent from Elena Baturina, the wife of a late former mayor of Moscow, to investment group Rosemont Seneca Thornton — a group allegedly co-founded by Hunter Biden.

Hunter Biden’s lawyer, George Mesires, said that his client “had no interest in and was not a ‘co-founder’ of Rosemont Seneca Thornton, so the claim that he was paid $3.5 million is false.”

Though Hunter Biden did co-found the investment group Rosemont Seneca Advisors, there’s no clarity on what connection exists between that group and Rosemont Seneca Thornton.

Find Out: Could a 16-Year-Old on TikTok Be This Election’s Biggest October Surprise? 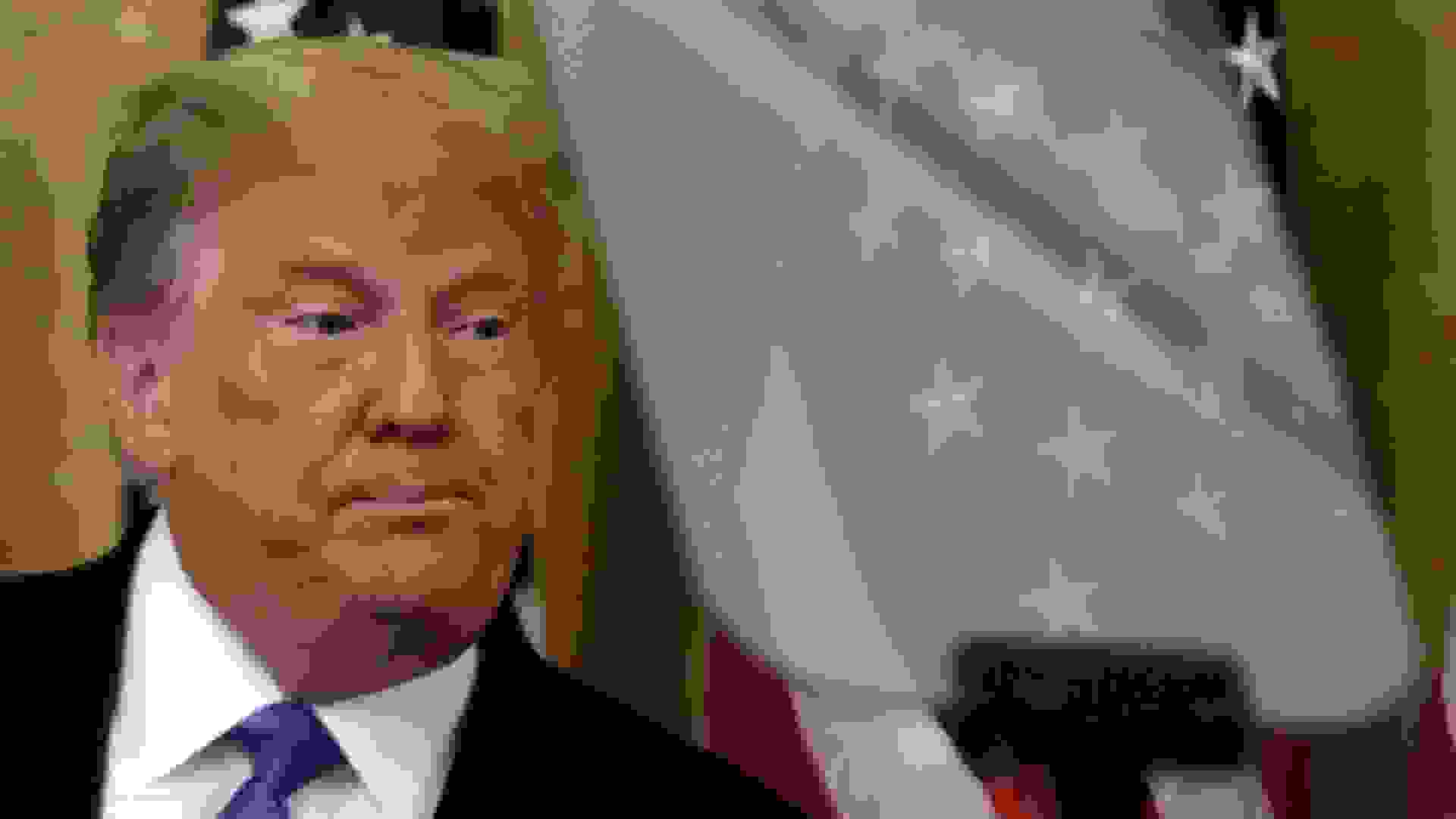 Speaking of secret money maneuvers, Hunter Biden isn’t the only one accused of being underhanded when it comes to finances. Allegations that Trump isn’t on the up-and-up when it comes to his finances have dogged the politician since the 2016 election when he refused to make his tax returns public.

Since then, more and more evidence has suggested that perhaps the president had good reason not to let the public know what’s going on in his financial life. According to investigations launched by The New York Times, Trump paid only $750 in federal income taxes in 2016 and 2017. The investigation found that he’d paid no income tax for 10 years between 2000 and 2015. A lawyer for the Trump Organization has claimed that “most, if not all” of the facts are inaccurate.

Another late-breaking revelation from the investigation suggests that more than $21 million dollars in payments related to the president’s Las Vegas hotel are “highly unusual.” 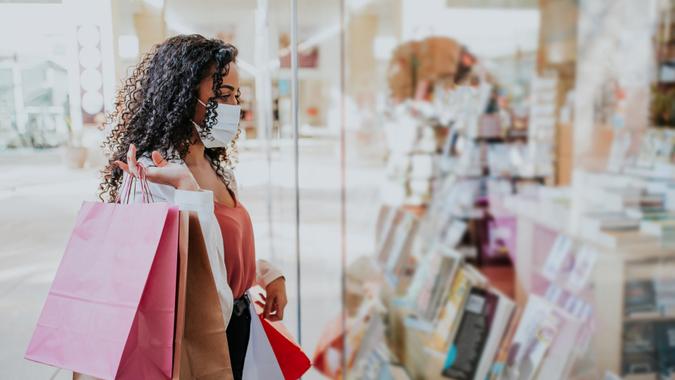 What COVID-19 Means for Shopping Malls This Holiday Season

Get the intel you need to plan your holiday shopping trips.