Amazon Continues To Build Grocery Stores, but How Successful Are They? 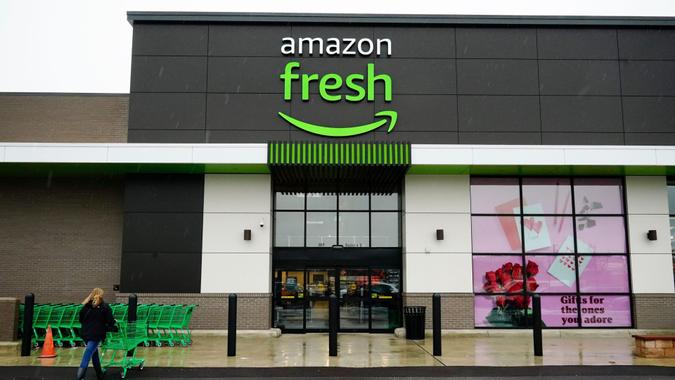 Despite the growing trend of grocery delivery over the past few years, e-commerce giant Amazon went against the grain to open brick-and-mortar grocery stores in select markets.

See: Amazon Raises Annual Prime Fee by $20 — When Should You Expect the Price Increase?
Compare: Is Amazon Prime Still a Better Deal Than Walmart Plus?

So, is Amazon onto something by bringing grocery shopping back to actual grocery stores, albeit with a high-tech twist? It would seem so. Although the percentage of digital grocery sales doubled from 5% to 10% during the pandemic, according to ProgressiveGrocer.com, half of U.S. shoppers say they don’t buy online and have no plans to begin grocery shopping online.

Even online grocery shoppers still make some purchases in stores — in fact, 90% of all grocery purchases reportedly take place in stores.

Learn: How Much is Jeff Bezos Worth?
Read: Amazon Increases Maximum Base Pay to $350,000 for Corporate and Tech Workers

To sum it all up and give you an idea of what to expect, Amazon Fresh VP Jeff Helbling said, “Our efforts to evolve our grocery experience into a seamless omnichannel offering have been well received by customers — and the industry.”