BodyArmor, the sports drink company that hit the ground running after a $6 million investment by basketball icon Kobe Bryant, has gotten another boost from beverage behemoth Coca-Cola. By buying a minority ownership stake in BodyArmor, Coca-Cola has raised the value of Bryant’s stake to an estimated $200 million. Bryant made his original investment in March 2014.

Click to read more about the huge corporations that own your favorite brands.

The Sports Drink Market in the US

The global market for sports nutrition accounted for an estimated $28.37 billion in 2016 and is forecast to reach $45.27 billion by 2022, according to Zion Market Research. Gatorade, which is owned by Coca-Cola’s competitor PepsiCo, was the market leader in U.S. sports drinks in 2016, with Gatorade Perform sales that represented a 52.8 percent market share that year.

Coca-Cola has made this initial investment in BodyArmor as part of its Venturing and Emerging Brands investment portfolio. The investment will allow BodyArmor to use Coca-Cola’s bottling and distribution system to grow its market share in the sports beverage market and will allow Coca-Cola to increase its ownership in the up-and-coming company over time. In five years, chairman Mike Repole hopes to see BodyArmor continue to grow 100 percent year over year.

The Investment Opportunity: BodyArmor vs. Gatorade

How can the average investor make money like Bryant? Well, you’d have to be pretty wealthy to begin with since Bryant’s original buy-in of BodyArmor cost him a cool $6 million. But the average investor can buy one of these two major players in the sports drink market, which also happen to be the two major players in the soft drink market: Coca-Cola (NYSE: KO) and PepsiCo (Nasdaq: PEP).

Making an Impact: These Are the Brands Millennials Love

An investment in either of these companies won’t likely return about 33 times your money in four years like it did for Bryant, but they’re both solid companies that many investors have profited from over time.

Click through to read more about “all-American” brands that are actually made overseas. 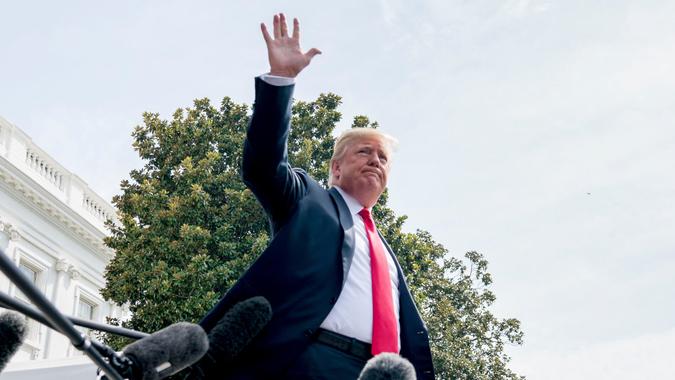 What Trump’s Semiannual SEC Filing Idea Would Mean for Him

See how fewer SEC filings could affect investors and businesses.