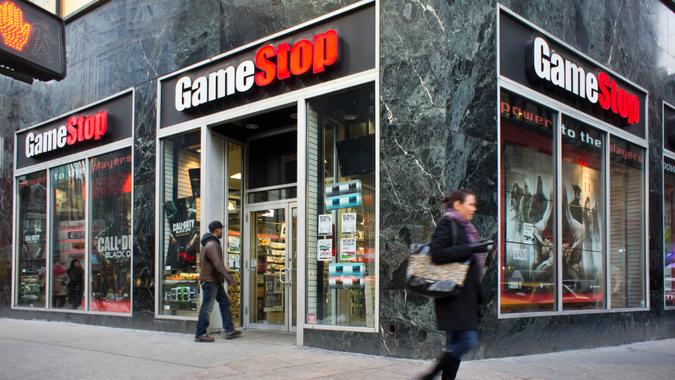 See: What You Need to Know About Today’s GameStop and Robinhood Hearing
Find: After GameStop, Regulations Are Coming for Wall Street – But Will They Reign in Everyday Investors Instead?

On Tuesday, the executive announced his resignation from GameStop, effective March 26, according to a press release issued by the company. In an SEC filing, GameStop wrote, “Mr. Bell’s resignation was not because of any disagreement with the Company on any matter relating to the Company’s operations, policies or practices, including accounting principles and practices.”

Bell joined GameStop in June 2019 and has a lengthy career in retail and food service executive management. He came to GameStop from Wok Holdings, Inc., the parent company of P.F. Chang’s, Pei Wei and True Food Kitchen. Leading the Wok Holdings’ overall strategic plan, he executed an omnichannel digital transformation for the brands, according to his official biography on the GameStop website. He has previously held senior roles at RLH Corporation, Coldwater Creek Inc., Harry & David Holdings, Inc. and The Gap.

GameStop is currently looking for a CFO to help lead the company’s digital transformation but intends to appoint current Senior Vice President and Chief Accounting Officer Diana Jajeh to the role of interim CFO if a permanent replacement hasn’t been found by the time of Bell’s departure, the release states.

Jajeh launched her career more than two decades ago at PricewaterhouseCoopers and has held senior finance roles at Visa and e.l.f. Cosmetics.