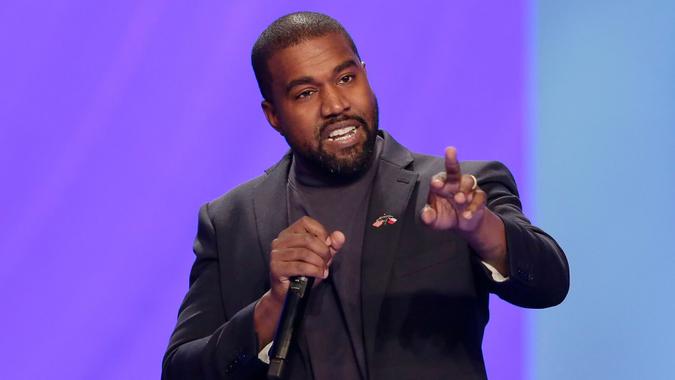 Visitors to Hong Kong can see “one of the most prized and sought-after sneakers in existence,” according to an Instagram post from Sotheby’s. Kanye West’s Nike Air Yeezy 1 prototypes will be on exhibit from April 16- 21 at the Hong Kong Convention and Exhibition Centre.

See: Businesses You Didn’t Know Your Favorite Celebrity Owns
Find: 10 Celebrity Products So Exclusive We’ll Never Get Our Hands on Them

Sotheby’s, a luxury marketplace for art, jewelry and furniture, is organizing the sale of the shoes for sneaker collector Ryan Chang, according to the company’s Instagram post, reported CBS News.

Sotheby’s described the sneakers as having “an entirely new silhouette — designed for an artist rather than an athlete.” Sotheby’s valued the sneakers at $1 million, and it remains to be seen how much a buyer will pay to hold this piece of history.

West wore the sneakers during his performance at the 50th annual Grammy Awards in 2008 — the same event where he took home the Grammy for best rap album and several other awards, according to CBS News.

See: How Much Is Kanye West Worth?
Find: A $180K Pokémon Card and the Geekiest Stuff That Could Make You Rich

The sneakers are size 12 and were made in Oregon, crafted from soft black leather and featuring the Yeezy foot strap and Y medallion that have since become synonymous with the brand. But viewers of the Grammys first noticed the iconic Nike Swoosh against the black background of the sneaker. Since 2013, West’s Yeezy brand has been partnered with competitor Adidas, according to CBS News, making the Nike Yeezy even more rare and valuable.

“This pair is critical to the development of the Yeezy franchise, which has become one of the most important sneaker and lifestyle brands in history,” Brahm Wachter, Sotheby’s head of Streetwear & Modern Collectables, said in a statement published by CBS News.

See: The Most Lucrative Collaborations of All Time
Find: How to Make Money by Being a Savvy Collector

West originally sold the sneakers in a charity auction and now, collector Chang of Applied Arts is selling the shoes. If he receives the estimated value, they will become the most expensive sneakers in the world, surpassing the record set last year when Christie’s auction house sold a pair of Michael Jordan’s Air Jordan 1 sneakers for $615,000. That auction, Christie’s first-ever sale devoted to sneakers, brought in $932,000 total, according to ArtNet.