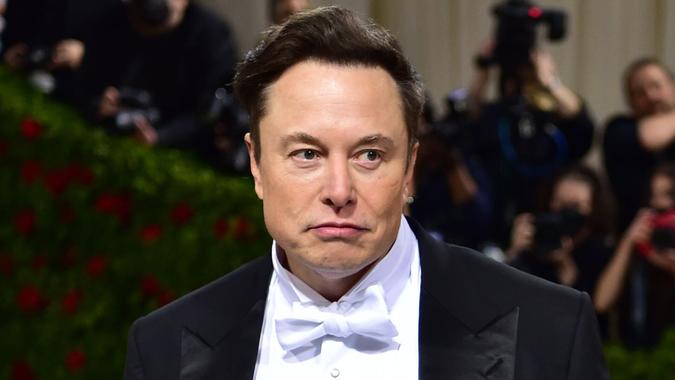 Elon Musk tweeted on May 3 that there might be “a slight cost” for governments and commercial Twitter users, but insists it “will always be free for casual users.”

See: 10 Kitchen Renovations That Will Hurt Your Home’s Value
Find: 22 Side Gigs That Can Make You Richer Than a Full-Time Job

“Ultimately, the downfall of the Freemasons was giving away their stonecutting services for nothing,” he tweeted, adding “Some revenue is better than none!”

The social media platform already has a paying service, Twitter Blue, which is an opt-in, paid monthly subscription offering exclusive access to premium features that allows users to customize their Twitter experience. It’s available in Canada, Australia, and New Zealand and subscriptions are priced regionally and paid on a monthly basis.

CNBC reports that in the U.S., the premium offering costs $2.99 a month and gives access to features such as undoing tweets and bookmarking tweets.

While Musk’s plans for Twitter are still vague, he has been touting the need for “free speech” on the platform and kicking out bots.

“Free speech is the bedrock of a functioning democracy, and Twitter is the digital town square where matters vital to the future of humanity are debated,” Musk said in a press release when the acquisition was announced. “I also want to make Twitter better than ever by enhancing the product with new features, making the algorithms open source to increase trust, defeating the spam bots, and authenticating all humans. Twitter has tremendous potential — I look forward to working with the company and the community of users to unlock it.”

If the acquisition, which is expected to close later this year, goes through, Twitter will become private, but Musk said he might take it public again in as little as three years, the Wall Street Journal reported.

In a series of trades on April 26, 27 and 28, Musk sold a total of more than $8.5 billion of Tesla shares according to Securities and Exchange Commission (SEC) filings. The sales came one day after the Twitter board agreed to Musk’s $44 billion bid at $54.20 per share to acquire the social media platform. Musk secured $46.5 billion for the acquisition, which includes $25.5 billion from Morgan Stanley Senior Funding and $21 billion in equity financing, according to an SEC filing, as GOBankingRates previously reported.

Twitter was mostly flat in pre-market trading on May 4 and is up 14.5% year-to-date.