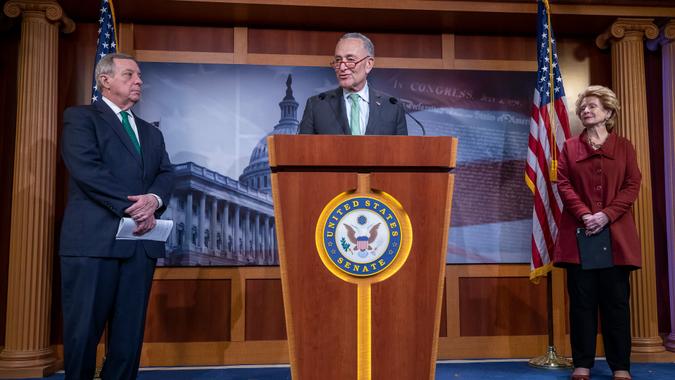 One of the major components in President Biden’s $1.9 trillion economic stimulus package was raising the minimum wage from $7.25 per hour to $15 per hour by 2025. CNBC reports that Democratic senators will drop the minimum wage issue from the bill so that the stimulus can be passed as soon as this week.

If the bill passes with different language than the House bill, it will go to conference committee. The final language will then be negotiated before becoming law.

See: Will Biden’s Stimulus Get Republican Votes?
Find: The GOP Wants a $10 Minimum Wage – How Does It Compare to $15 in the Real World?

The $15 minimum wage proposal has a lot of support but also a lot of opponents. Congressional Budget Office estimates show that it would decrease poverty levels in the U.S., but it would also increase unemployment. The issue is likely to be revisited after the stimulus passes. Already, senators have been proposing alternatives, including a smaller increase in the minimum wage and tax penalties for certain low-wage employers.