Supply Chain Woes: How Families Are Dealing With the Worsening Baby Formula Shortage 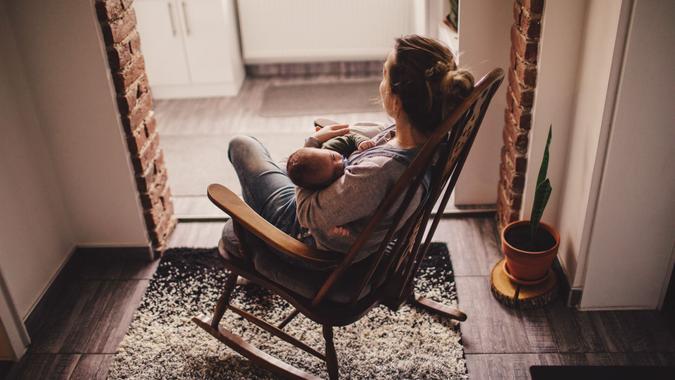 Baby formula is getting harder to come by, and families are continuing to struggle with the shortage due to supply chain issues and a recall. According to a new analysis from Datasembly, approximately 40% of the top-selling baby formula products were out of stock at retailers across the U.S. as of the week ending April 24, CBS News reported.

Find Out: Surprising Things You Can Buy With Food Stamps
Shop Smart: 10 Things You Always (and Never) Should Buy at the Dollar Store

In some states, more than 50% of formula was reportedly out of stock by the end of April.

National out-of-stock levels rose quickly from 31% to 40% between April 3 and April 24, and some retailers have been limiting the number of baby and toddler products per purchase in an attempt to preserve their inventories. Prices for baby formula have also increased by as much as 18% over the past 12 months.

To deal with the shortage, parents have started taking action by setting up Google alerts, asking for help on social media and recruiting friends and family to help search store shelves.

Families are also encouraged to apply for their state’s WIC program, which supplies food to low-income women, infants and children up to age of five. The North Carolina Department of Health and Human Services told WRAL’s 5 On Your Side that some standard baby formulas are becoming more widely available for users of the state’s WIC program. However, some specialized formulas are more difficult to find on shelves.

“We have taken steps to ramp up production and are currently shipping 50% more product, to address issues as fast as possible,” a spokesperson for Reckitt, maker of Enfamil, told CBS News.