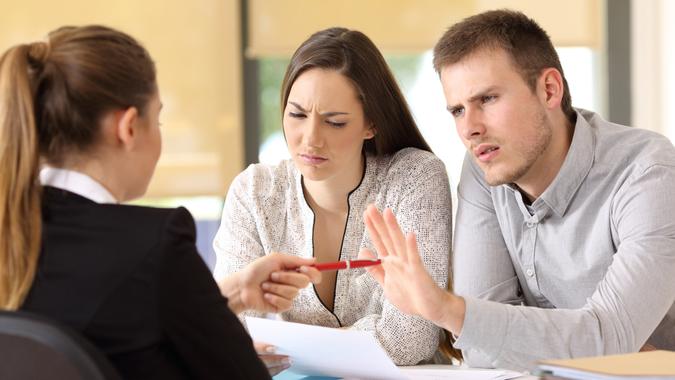 The U.S. Consumer Confidence Index fell for a third straight month, and to a 7-month low in September, now standing at 109.3. This figure is down from 115.2 in August, largely driven by Delta variant concerns.

See: Fourth Stimulus Checks Are Coming From These States — Is Yours on the List?
Find: 10 Reasons You Should Claim Social Security Early

“Consumer confidence dropped in September as the spread of the Delta variant continued to dampen optimism,” Senior Director of Economic Indicators at The Conference Board stated. She added that concerns about short-term growth prospects increased coupled with a decrease in spending for homes, autos and major appliances.

Inflation concerns, which the Board suggested were “short-term,” eased slightly, but still remain more elevated than normal. They added that these consecutive, back-to-back declines suggest “consumers have grown more cautious and are likely to curtail spending going forward.”

Another important indicator, the view consumers have of present and short-term business conditions outlook, also decreased. Interestingly, while consumers were less optimistic about their future job prospects and income, the share of consumers who felt jobs were “plentiful” rose to a record 55.9%.

Conversely, 13.4% of consumers said jobs were “hard to get,” up from 11.2% the board reported. This falls in line with current tight labor markets experiencing an abundance of open positions but reluctant individuals to fill them. For one of the few times in American history, there are more jobs available than there are willing people to fill them, with a simultaneously elevated rate of unemployment.

Consumer sentiment and jobs data seem to be a mismatch, as the share of consumers who expect more jobs to be available in the months ahead has decreased, but the number of available jobs has overall increased in the last few months according to the DOL. The share of consumers anticipating fewer jobs also rose from 18% to 20.3%.

These consecutive declines in consumer confidence could suggest a hard decline in consumer spending over the next few months, which could finally put downward pressure on prices.