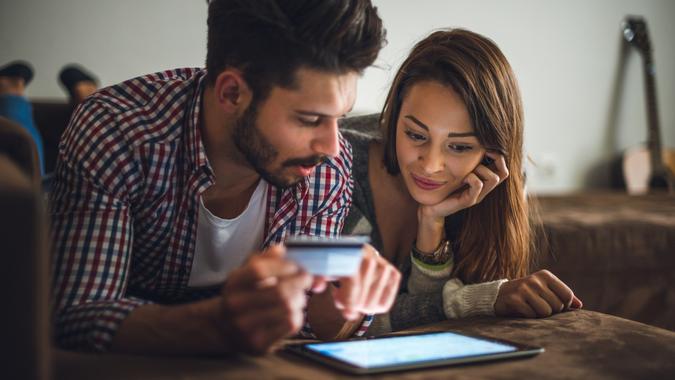 If you need proof that necessity really is the mother of invention, look no further than the retail industry during the era of COVID-19. Nobody will argue that the pandemic was necessarily good for retail — thousands of stores across the United States shut down, after all — but the disruptive nature of COVID did force the retail industry to become more agile, dynamic and innovative.

See: E-Commerce Boom Is Here to Stay, and Digital Advertisers Are Noticing
Find: Meme Stocks, a Retail Resurgence and More From the Stock Market in 2021

Much of that innovation has taken place on the digital front. Chains that were once laggards in e-commerce worked feverishly to improve their platforms in a lockdown environment where e-commerce was the only game in town. What’s more, consumers themselves took to e-commerce as never before. Most were not only stuck at home, but many were flush with cash from not traveling or dining out.

Changes came fast and furious in the retail industry because of the sheer speed of the pandemic, which forced 10 years of e-commerce adoption and consumer change in the span of three months, Forbes reported earlier this year, citing a report from McKinsey research. A report from Salesforce research found that 88% of customers now expect companies to accelerate digital initiatives. Those that don’t face extinction.

The upshot is that an industry that looked like a dinosaur before the pandemic is emerging from it with renewed vigor. Retailers that survived the worst part of COVID are now back in expansion mode. In the U.S., chains with more than 50 stores are expected to have added 4,000-plus new locations in 2021, Bloomberg reported, led by discount chains such as Dollar General and Dollar Tree. That marks the first net gain in four years, according to data from IHL Group.

See: 16 Retailers That Are Actually Opening More Stores Right Now
Find: 10 Things You Always (and Never) Should Buy at the Dollar Store

“The idea that stores are dead has been proven to be a fallacy,” Michael Baker, retail analyst at D.A. Davidson, told Bloomberg. “A lot of retailers are coming out of this stronger than going into it.”

That strength is primarily seen in how retailers have innovated to meet changing market needs, which in many cases meant turning their business models upside down. This was especially true in terms of adopting new and better customer-service, order-fulfillment and inventory-management tools.

See: The Biggest Changes to Our Consumer Habits As a Result of COVID-19
Find: Target, Amazon and 4 More Retailers That Will Reward You for Turning In Your Old Stuff

Meanwhile, many top chains are attracting more shoppers now than before the pandemic, Bloomberg noted. The list includes Target, Lowe’s, Dick’s Sporting Goods, Ulta Beauty and Bath & Body Works. Walmart, the world’s largest retailer, has nearly returned to its 2019 levels in terms of visitors to its stores, according to Placer.ai, a retail data and analysis firm. Foot traffic has increased partly because of a rise in online orders for pickup.