4 Things Gig Workers Should Know About the Gig Economy 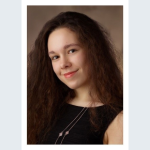 The gig economy is on the rise in the U.S. Statista forecasts that the projected gross volume of the U.S. gig economy will reach $455.2 billion in 2023. If you’re thinking about diving into this ever-growing world, there are a few things you should consider. Here’s a brief introduction to the gig economy.

Learn: How To Invest in Precious Metals to Protect Your Retirement

What Is the Gig Economy?

The gig economy is a labor market based on people doing separate pieces of on-demand work instead of working for a single employer. Why do they call it the gig economy? The name comes from the individual jobs, called gigs, that workers take on.

Most of the time, gig workers provide their goods or services and earn their income through a digital platform like a website or an app. Companies like Uber, Lyft, Upwork and Airbnb are all part of the gig economy.

Gig workers are usually self-employed, operating as freelancers or independent contractors. They may complete gigs as side jobs, part-time jobs or full-time jobs. Some of the most common types of gig work include:

4 Things You Should Know About the Gig Economy

Here are four factors that might affect your decision on whether to join the gig labor force.

One of the most significant differences between a regular employee and a self-employed gig worker is the way they work. As many freelancers complete tasks on a project-by-project basis, they might have to work irregular hours. While this grants flexibility and higher earning potential to gig workers, it also means that their earnings can fluctuate from time to time.

As a gig worker, you need to keep records of your earnings and expenses. You may also have to pay estimated taxes before filing your tax return if you earn at least $400 from gig work. This means that most gig workers face more administrative challenges than regular employees.

Many gig workers don’t have access to the same employer-provided benefits that full-time employees do. This can affect their insurance status and savings for retirement.

While traditional employment provides a stable, regular source of income, more than 50% of freelancers experience not being paid in full at least once in their careers. To avoid this, individuals who are interested in gig work should be on the lookout for potential scams and ask for a partial up-front payment if possible.

Should You Become a Gig Worker?

Being a gig worker has both pros and cons. It provides a great deal of flexibility, autonomy and earning potential. On the downside, it requires workers to be highly responsible and committed even if they have less work or must juggle multiple projects at once.

For those who have the right skills and are ready to face the unpredictability and stress that gig work may come with, it can be a great opportunity to create a more independent lifestyle.

There's plenty to consider when starting a side gig, so here are the answers to some common questions about the gig economy.
Make Your Money Work Better for You

Virág Kiss knows that understanding your audience is key to writing engaging articles. She has worked with both local and multinational businesses has taught her that every great story starts with the right level of creativity, open-mindedness and a nice cup of tea.
Learn More