How Rich is Benedict Cumberbatch? 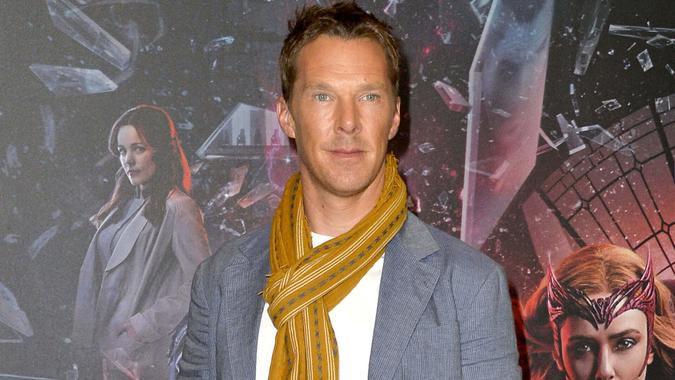 Benedict Cumberbatch is a British actor whose versatile career allows him to go seamlessly from drama to fantasy to mystery to sci-fi to eventually becoming a fixture in the Marvel Cinematic Universe as Dr. Strange. He will reprise the role in “Doctor Strange in the Multiverse of Madness,” which came out on May 6, 2022.

See: How Much is Patrick Stewart Worth?
Find Out: How Rich Is Elizabeth Olsen?

There might not be a role Cumberbatch, who works in theater, movies and television, cannot take on. He has portrayed many real people such as Stephen Hawking, Willian Carey, Vincent van Gogh, Thomas Edison, Julian Assange, Dominic Cummins and Alan Turing.

On the flip side, he has appeared as famous fictional characters in The Hobbit films, “Star Trek Into Darkness,” “Hamlet,” “Sherlock” “Patrick Melrose” and, of course, in various iterations in the MCU including “The Avengers” films and “Spider-Man: No Way Home.”

He also lends his voice to a variety of other projects including narrating documentaries, books on tape, BBC radio broadcasts, “Penguins of Madagascar,” “The Jungle Book,” “The Grinch”  and “The Simpsons.”

With most of his projects being critical and commercial successes, Cumberbatch has a net worth of $40 million, according to Celebrity Net Worth.

Benedict Timothy Carlton Cumberbatch was born to an aristocratic family on July 19, 1976.  While he was growing up in the Kensington and Chelsea boroughs, both of his parents worked as actors in the London district of Hammersmith. At the age of 8, he was sent to boarding schools and was in his first Shakespearean play when he was 12-years-old.

He pursued his love of art at Victoria University of Manchester where he was worked in oil painting, then later went on to earn a Master’s degree in classical acting from the London Academy of Music and Dramatic Art.

Cumberbatch had his first big theater success in London’s West End theater district in “Frankenstein.” From there, he started migrating towards television and film, landing his first big television part in 2004 in which he played Stephen Hawking.  His first starring role in a film came was in “Atonement” in 2007.  After that success, in 2010 he got the role of Sherlock Holmes in the BBC series “Sherlock.” The show ran for seven years.  It was during this time that he hit his stride with a prolific body of work.

Cumberbatch met actress Sophie Hunter working with her on the film “Burlesque Fairytales” 2009. He was dating someone else at the time, so they were just friends for four years. Apparently, something clicked because after they began dating sometime in 2013, they quickly got engaged and pregnant. They were married on February 14, 2015, at St. Peter and St. Paul’s Church, Mottistone on the Isle of Wight. The couple was so hush-hush about their relationship that few details of their courtship are known. They share three children together, Christopher Carlton, Hal Auden and Finn, each born two years apart.

The actor is known to be generous with his time and money. He started between his college degrees by volunteering as an English teacher in a Tibetan monastery in Darjeeling, India.

For his services, Queen Elizabeth II appointed him Commander of the Order of the British Empire (CBE) in 2015.

Cumberbatch was reported to have opened his $14.4 million Tuscan-inspired estate in the Hidden Hills neighborhood of Los Angeles to a displaced Ukrainian family in Spring 2022.

See: How Rich is Tom Holland?
Find: Ranked: The Salaries of Tom Holland and Other ‘Spider-Man’ Actors

Benedict Cumberbatch resumes his portrayal of Dr. Strange in “Dr. Strange: in the Multiverse of Madness,” May 6, 2022.