Colin Powell’s Fortune Includes a Legacy of Service and Patronage 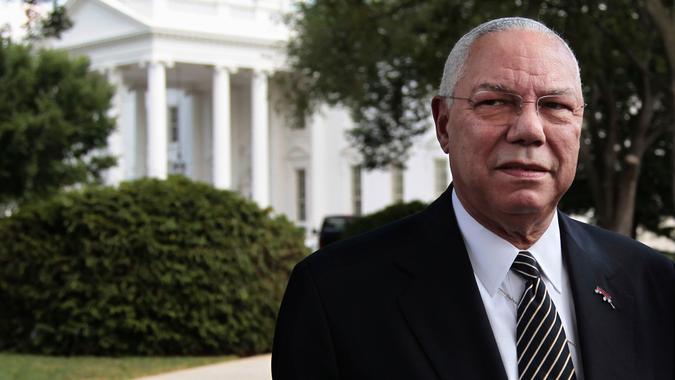 Colin Powell, the first Black U.S. Secretary of State and two-time Presidential Medal of Freedom recipient died Oct. 18, at the age of 84 from complications due to COVID-19, news reports say. Powell had a net worth of $60 million at the time of his death, according to CelebrityNetWorth.com. He is survived by his wife Alma Johnson, their daughters Linda and Annemarie, and son Michael.

Prior to serving as Secretary of State from 2001 to 2005, Powell was the National Security Advisor. In the late ’80s and early ’90s, he served as the Chairman of the Joint Chiefs of Staff. The four-star general retired from the Army in 1993.

Apart from his income from his military career and White House offices, Powell earned income as an author and sought-after public speaker. In 1995, he received a $6 million advance for his autobiography, “My American Journey.”

Powell also earned millions in speaking engagements. CelebrityNetWorth.com says he garnered roughly $64,000 per speech in 2000, with his rates going as high as $100,000+ for some appearances. He earned $7 million from 109 speaking engagements in 2000, the site reports.

Powell had a long and mostly illustrious career in the U.S. military, serving under several different presidents. His career began in 1972, when he served a White House Fellowship under then-President Richard Nixon, and concluded in 1993 when he retired as the Chairman of the Joint Chiefs of Staff and the military under George W. Bush.

“He was a great public servant, starting with his time as a soldier during Vietnam,” former President George W. Bush said in a statement.

“He was such a favorite of presidents that he earned the Presidential Medal of Freedom — twice.”

In 2005, Powell worked with the Silicon Valley venture capital firm Kleiner Perkins as a strategic partner, says CelebrityNetWorth. After that, he served on the board of directors for Revolution Health, and as a spokesperson for the National Mentoring Month campaign.

In his post-military and post-diplomatic life, Powell merged his entrepreneurial spirit with his desire to help others in a philanthropic capacity. He founded America’s Promise Alliance in 1997, which CelebrityNetWorth.com described as “the country’s biggest cross-sector alliance of non-profit organizations, businesses and government groups committed to bettering the lives of young people.

See: How Rich Is Mitch McConnell?
Find: How Much Is Jimmy Carter Worth?

Also in 1997, he started the Colin L. Powell Center for Leadership and Service at the City College of New York, created to nurture leaders from underrepresented groups while serving the needs of the surrounding community.

Rep. Jamaal Bowman, who represents New York’s 16th Congressional District, posted on Twitter about the lasting impact Powell had on him.

“As a Black man just trying to figure out the world, Colin Powell was an inspiration. He was from NYC, went to City College, and rose to the highest ranks of our nation. Sending love, strength and prayer to the family and friends of Secretary Powell. Rest in power sir.”