Sen. Elizabeth Warren, D-Mass.,  advocated for universal healthcare at the first debate among the 2020 Democratic hopefuls on June 26. She, in sync with the other candidates, called for “fundamental change” to national policies. But when the candidates were asked who would abolish her own private healthcare plan in favor of a government-run plan, she was one of the few who raised their hands.

Sen. Warren announced she was running for president in 2020 at a rally in Lawrence, Massachusetts on Feb. 9. As with most candidates, her finances will likely come under more detailed scrutiny after announcing her run. Here’s a look at the senator’s earnings.

As one of Trump’s most vocal Democratic adversaries, Warren introduced the Anti-Corruption and Public Integrity Act in Washington in August 2018. The law would require all congressional candidates to release the two most recent years of tax returns. Warren herself released 10 years’ worth of state and federal tax returns a day after proposing the new law. Her disclosure revealed a combined gross income of $913,000 in 2017 between her and husband Bruce Mann.

Warren’s Middle-Class Background and Rise in the Senate

Before she was an elected official, Warren grew up in a family “hanging on by their fingernails to their place in the middle class,” according to her official website. Saddled with family financial hardships, Warren received a scholarship to George Washington University but dropped out to get married at age 19.

She later returned to college and continued on to law school. Warren left her law practice and began teaching law at her alma mater, Rutgers Law School. From there, Warren and her husband, a Massachusetts native, moved to Cambridge, where Warren taught at Harvard Law School.

Warren has served as Massachusetts’ senior senator since 2013. During her tenure in the Senate, Warren has opposed big banks, fraudulent lenders and for-profit educational institutions.

Learn: How to Budget Your Paycheck Like Elizabeth Warren and Jean Chatzky

Here are a few quick stats on Elizabeth Warren: 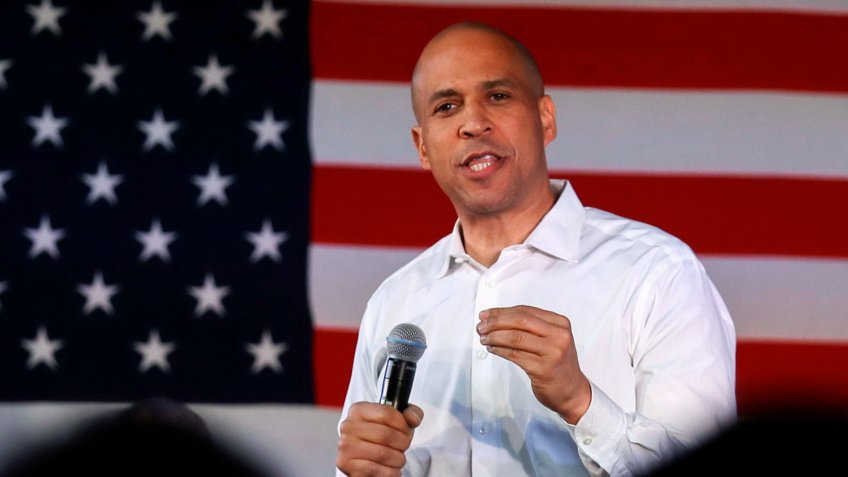 How Much Is Cory Booker Worth? A Look at the Presidential

Learn about the New Jersey senator and presidential hopeful.

GOBankingRates > Net Worth > Politicians > How Much Is Elizabeth Warren Worth? A Look at the Presidential Candidate’s Finances