On July 14, President Donald Trump tweeted that Democratic congresswomen Rep. Ilhan Omar, Reps. Rashida Tlaib, Ayanna Pressley and Alexandria Ocasio-Cortez — all outspoken progressive women of color known collectively as “The Squad” — should “go back and help fix the totally broken and crime infested places from which they came.” Tensions between Trump and Omar intensified on July 17 when his supporters chanted “Send her back” — directed at Omar — during a rally in Greenville, North Carolina. In response to the rally chants, Ilhan Omar tweeted a quote from Maya Angelou:

The day following the rally, Trump said that he was “not happy” with the chanting and that he disagrees with it.

Omar’s recent public clashes with Trump aren’t the first time the Minnesota congresswoman has made headlines. In January 2019, she became the first Somali-American member of Congress and the first woman of color to represent Minnesota. Along with Tlaib, she is one of the first two Muslim women ever elected to Congress. But it was a long journey for her to get there — Omar first came to the U.S. as a refugee in the 1990s. GOBankingRates explored her political life and finances to find out how she went from refugee to congresswoman.

In 2018, Omar earned $49,045 from the state of Minnesota as the Minnesota House representative for District 60B. She also received $9,300 from the organization Women Organizing Women Network, which aims to empower women to become engaged citizens and community leaders. Omar’s husband, Ahmed Abdisalan Hirsi, reported $33,214 as his total income for 2018.

Find Out: The Highest- and Lowest-Paying Positions in Congress

Omar’s campaign committee has raised over $1.43 million in funds toward her 2020 reelection campaign, according to data compiled by OpenSecrets.org. The top contributor to her campaign is Apple Inc., which has donated $8,500. Other top donors include East Bridge Capital, Zeva Inc., Evercore Partners and Creatis Capital.

View this post on Instagram
@ilhanmn and I geeking out over repping the Queens Library and Congressional Black Caucus ✨ . ????: CQ Roll Call
A post shared by Alexandria Ocasio-Cortez (@ocasio2018) on Jan 16, 2019 at 7:47am PST

Omar was born in Somalia, and fled the country’s civil war with her family when she was 8 years old. She spent four years at a refugee camp in Kenya before immigrating to the U.S. in the 1990s. Prior to her run for elected office, Omar was a community educator at the University of Minnesota, a policy fellow at the Humphrey School of Public Affairs and a senior policy aide for the Minneapolis City Council.

She was elected as Minnesota House representative for District 60B in 2016. During her time in this role, she served as assistant minority leader and was assigned to three house committees: Civil Law & Data Practices Policy, Higher Education & Career Readiness Policy and Finance, and State Government Finance. She was elected to represent Minnesota’s fifth congressional district in the U.S. House of Representatives in January 2019.

Since becoming a congresswoman, Omar has become known for her progressive views, which include abolishing ICE, implementing Medicare for All, raising the minimum wage to $15 an hour and establishing tuition-free college. Ilhan Omar’s comments on Israel, which include once calling Israel’s government an “apartheid regime,” have landed her in hot water, though she responded to the backlash by saying that she is excited that her views have sparked debate.

Keep reading to see the net worth of Alexandria Ocasio-Cortez. 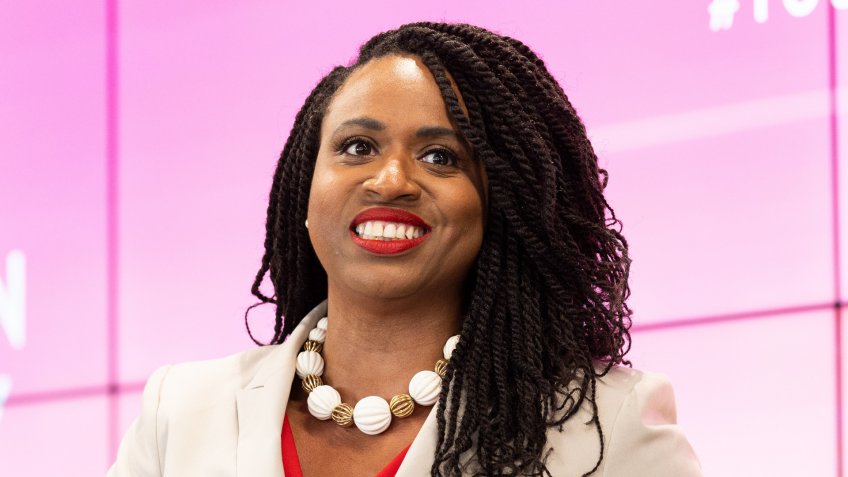 See the congresswoman's net worth, campaign funds and more.

GOBankingRates > Net Worth > Politicians > Who Is Ilhan Omar? From Refugee to Congresswoman