After striking a bargain with legislators, James Comey is set to testify before the House Judiciary Committee on Friday — dropping his legal challenge to the subpoena after it was agreed that transcripts of his private testimony would be available to the public within 24 hours of his testimony.

The net worth of former FBI director — who was nominated for the position by former President Barack Obama — isn’t 100 percent clear. But it can most likely be deduced that based on various sources, it’s in excess of $11 million — potentially by a pretty substantial sum.

As of Comey’s financial disclosure form for 2016, he had a net worth between $5.3 million and $14.1 million, but it’s unclear precisely where that fell as government disclosure forms call for a range of values. However, since he was fired as the Director of the FBI, Comey — already a best-selling author — has signed a lucrative book deal that will likely push his net worth even higher.

Click to find out who the richest politician in every state is.

Comey was the general counsel for Lockheed Martin Corp. from when he stopped serving as Deputy Attorney General in 2005 to 2010, and then he was counsel for Connecticut-based hedge fund Bridgewater Associates from 2010 to 2013, both lucrative positions with his last year at Lockheed Martin alone earning him more than $6 million. What’s more, he earned a $3 million profit-sharing payout from Bridgewater Associates upon leaving for the FBI, plus a potential $2 million from his subsequent book deal, most likely boosting his net worth closer to $14.7 million, if you use the mid-point of the range reported on his disclosure form.


While serving as the director of the FBI, Comey would have taken a significant pay cut. The post is a Level III on the federal executive schedule, meaning he was making $172,100 a year, far less than he earned in the private sector but still nothing to scoff at.

But since getting fired from his position running the Bureau by President Donald Trump, Comey has likely managed to pad his net worth even more. Comey’s book, “A Higher Loyalty: Truth, Lies, and Leadership” is already looking like a best-seller, with publisher Macmillan ordering an initial print run of 850,000 copies, more than five times the 150,000 in the initial pressing for Michael Wolff’s “Fire and Fury.” Comey’s book deal sparked a bidding war among publishers and, although financial terms weren’t disclosed, Comey reportedly earned in excess of $2 million on the deal.

And that’s before royalties start rolling in, which could greatly exceed the advance if sales are as high as expected. Although the details of Comey’s contract with Macmillan aren’t public, most book contracts will give an advance against royalties and then pay a set percentage of the book’s list price outlined in the contract. Considering Macmillan estimates that more than 2 million copies have already been sold across all formats, Comey could be looking at additional millions in the coming months if sales continue at such a high pace.

So, assuming that Comey didn’t lose any substantial portion of the $9.7 million he had as of 2016 — though he did reportedly take a $500,000 loss on the sale of his Connecticut home last year — his payout from Bridgewater Associates and his advance on “A Higher Loyalty: Truth, Lies, and Leadership” alone would put his net worth at around $14.7 million with the potential to increase that even more if his book stays atop the best-seller list for long.

Click to find out the net worth of Jeff Sessions after Trump forced his resignation.

More on Politics and Net Worths


We make money easy. Get weekly email updates, including expert advice to help you Live Richer™. 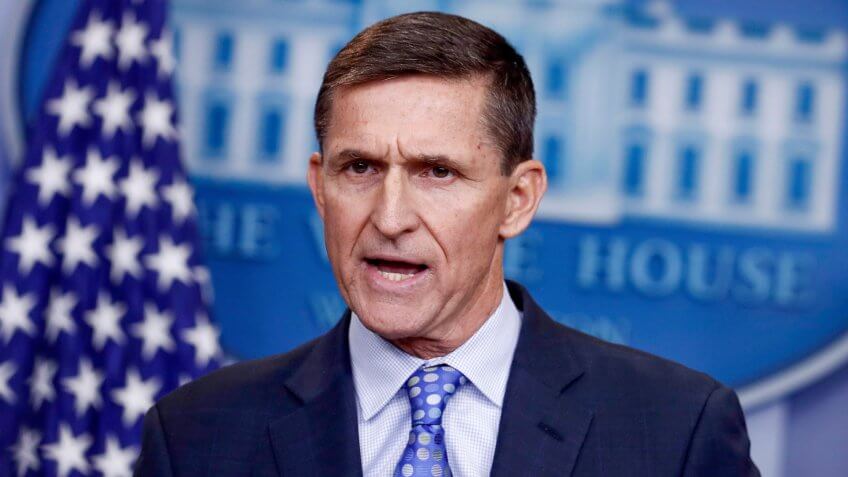 Here’s What Ex Trump Advisor Michael Flynn Is Worth After

He has provided Robert Mueller with "substantial assistance."