Mick Mulvaney got a promotion from his boss and golf buddy, President Donald Trump. Mulvaney, 51, the current White House director of the Office of Management and Budget and the acting director of the Consumer Financial Protection Bureau, was named as Trump’s acting chief of staff on Dec. 14 after John Kelly resigned.

Here’s what you need to know about the career and net worth of the White House chief of staff replacement.

A self-proclaimed “right-wing nut job,” Mulvaney’s conservative ideals have manifested into an all-out attack on Social Security and Medicare — two government programs Trump vowed would remain as-is during his presidential campaign. While working in the OMB, Mulvaney proposed a plan to cut about $70 billion worth of Social Security funding. The acting chief of staff is also an advocate of building Trump’s proposed border wall, slashing the Environmental Protection Agency, and cutting Medicare benefits. He has also called Social Security a Ponzi scheme.

Born John Michael Mulvaney, Mick has been the adopted nickname for this son of a teacher turned construction company owner. Mulvaney, born in Alexandria, Va. but raised in Charlotte, N.C., graduated from Georgetown University and got his first taste of elected official life as student body president.

After Mulvaney graduated from law school at the University of North Carolina at Chapel Hill, he practiced law and eventually opened his own firm. He also ran his family’s real estate business, started a small homebuilding company and became a minority shareholder in a local family restaurant franchise.

Mulvaney and his wife Pam are parents to triplets James, Caroline and Finnegan.

Click through to see the richest politician in every state. 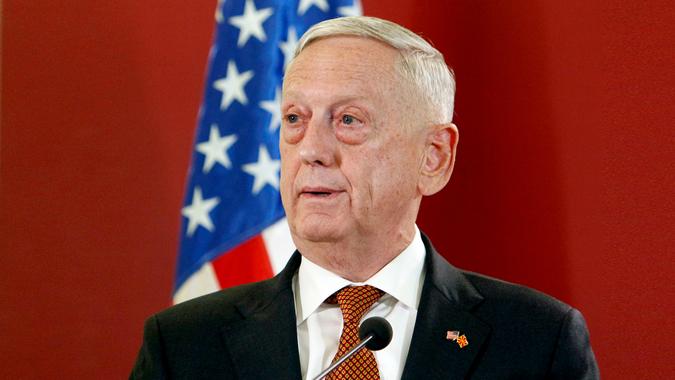 James Mattis Made Millions as a General — Now He’s

The retired Marine disagreed with Trump on many issues.

> Net Worth > Politicians > See the Net Worth of Trump's New Millionaire Chief of Staff, Mick Mulvaney