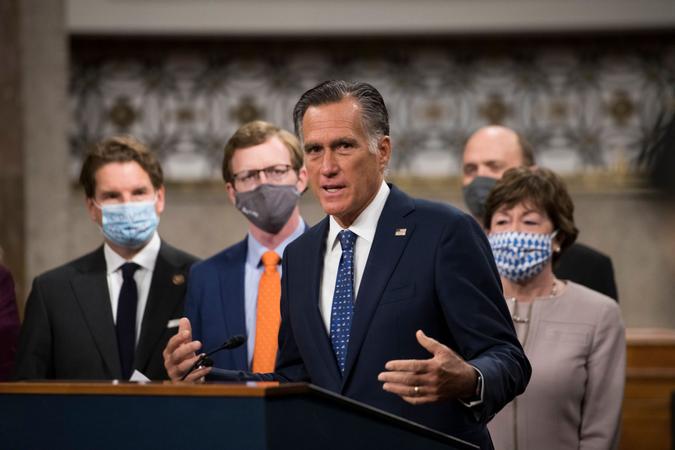 A bipartisan group of senators including Mitt Romney (R-Utah) and Maggie Hassan (D-N.H.)  proposed a $908 billion coronavirus stimulus package on Tuesday,  just weeks before the CARES Act is set to expire. For tens of millions of Americans, help can’t come quickly enough as the pandemic continues to pummel the nation, scorching the economy. If passed as is, the new package is sure to leave many disappointed because of one crucial element it lacks: a second direct payment to most Americans.

Look Back: 15 Most Memorable Moments of This Wild Election Year

Here’s a breakdown of what the new package includes:

Lawsuit After Lawsuit: Biden, Trump Want Donations for Legal Funds, but Where Is That Money Going?

The $1200 stimulus checks that Americans received when the CARES Act passed were crucial in helping families stay afloat during the first wave of the pandemic. Now navigating the third wave of the deadly virus, a full economy recovery remains elusive and that $1200 is, for most folks in need of assistance, long gone — and more relief is acutely needed.

Though there’s no evidence that this new stimulus package would include another round of direct payments, the proposal carries weight in other key ways. Rental assistance will be profoundly helpful for nearly 1 in 5 adult renters who are behind on rent. The extra $300 week in unemployment is a necessary lifeline for the millions of out of work Americans set to lose their benefits right after Christmas.

The burning question now is: When will this bill — or any version of it — be passed? The clock is ticking and the countdown to 2021 has begun. Mitch McConnell has already “rejected” the plan, according to a report from CNBC. “We just don’t have time to waste time,” he said. Treasury Secretary Steven Mnuchin and Speaker of the House Nancy Pelosi are due to talk later today, the Washington Post reported.