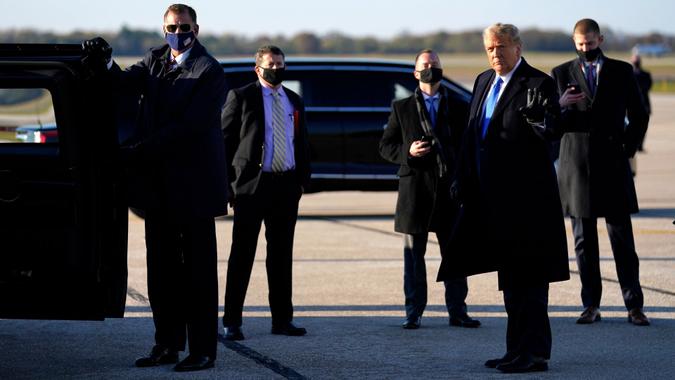 The Wisconsin GOP was reportedly targeted in a phishing attack that scammed $2.3 million from an account being used for President Donald Trump’s re-election efforts, the Associated Press reported on Thursday.

According to Republican Party Chairman Andrew Hitt, the hackers altered invoices from four vendors requesting payment for sending direct mail and merchandise to Trump supporters. When the Wisconsin GOP paid the invoices, the money was routed to the hackers rather than the vendors.

Hitt told The AP that the party contacted the FBI Friday after noticing suspicious activity on Oct. 22. The Milwaukee Journal Sentinel reported that the Madison office of the FBI is investigating.

Wisconsin is a key swing state in the presidential election on Nov. 3, with 10 electoral votes. Trump narrowly won the state by less than 23,000 votes in 2016. Recent polls show former Vice President Joe Biden leading Trump by 6 to 12 percentage points less than two weeks before Election Day.

Republicans in Wisconsin have raised $23 million, compared to $59 million raised by state Democrats. Hitt told the Milwaukee Journal Sentinel that while discovering the loss was “devastating,” he said their operation still has the resources it needs to move forward.

In their final campaign blitzes, both candidates are planning visits to the battleground state on Friday.