How Much Would It Cost To Buy The Top Grammy-Nominated Albums Before Streaming? 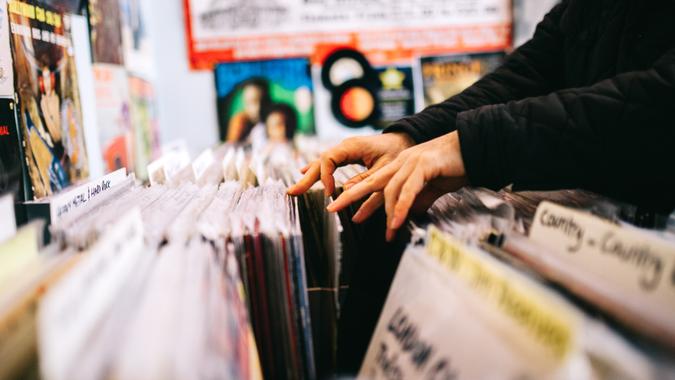 The 63rd Grammy Awards are on Sunday, March 14, and many can’t wait to see which top-nominated albums and artists rack up the most wins. No doubt, you have your favorites, and you feel pretty well-versed on them because streaming offers cheap and easy access to every song on a record.

Of course, it hasn’t always been this way. Once upon a time, people actually had to go to a physical store and purchase music — in various formats, depending on the era.

See: How Much Are This Year’s Top Grammy Nominees Worth?

Streaming is now the most prevalent way to listen to music, but many artists still offer a variety of purchase options. This makes it easy to gauge the price difference between formats, as they’re all displayed in one place.

Here’s a look at the cost to purchase this year’s Grammy nominees for album of the year across several formats.

Find Out: The 27 Richest Women in Music

Inspired by Hawaii’s landscape and traditional music, “Chilombo” is Jhené Aiko’s third studio album. An exclusive “Chilombo” deluxe three-piece vinyl set is priced at $40, the CD costs $13.99 and the MP3 is $11.49.

The deluxe edition of the group’s debut album features many upgrades, including three new songs, live in-studio recordings and a cover of Tracy Chapman’s “Fast Car.” It’s available on vinyl for $40, a CD costs $20, cassette tape for $15 and MP3 for $12.49.

His fourth studio album, Jacob Collier features plenty of guest artists on “Djesse Vol. 3,” including Kimbra, Tank and the Bangas and Jessie Reyez. The LP is priced at $29, the CD is $14 and the MP3 album is $9.49.

Read: How Rich Are These Past Grammy Winners?

Featuring a disco-pop vibe, “Future Nostalgia” is the second studio album from Dua Lipa. Buy it on vinyl for around $30, $13.95 on CD or an $11 digital download.