Will the US Boycott the 2022 Olympics in Beijing? 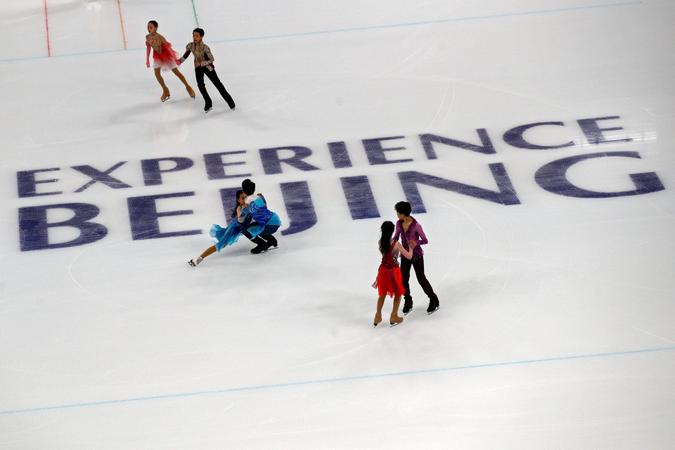 After billions of dollars were spent on postponed Olympic ceremonies in 2020, another costly Olympics controversy has ensued. And if there were a competition for confusion over international boycotts, the U.S. State Department would have wrapped up the gold medal by now.

First, reports surfaced on CNBC Tuesday that the United States and it allies are mulling a boycott of the 2022 Winter Olympics in Beijing over concerns about human rights abuses. CNBC and other media outlets got that idea from remarks made by State Department spokesman Ned Price, who told reporters that a boycott is something the department “certainly” wishes to discuss.

Price later added that a coordinated boycott approach with other nations will not only be in the United States’ interest, but in the interest of allies and partners.

White House @PressSec, asked about calls for the United States to boycott the 2022 Beijing Winter #Olympics, says, "There hasn’t been a final decision made on that. And, of course, we would look for guidance from the US Olympic Committee."https://t.co/1c3PYIUOGt
— Miya Tanaka (@miyatanaka0803) February 25, 2021

But about an hour later, Politico reported that the State Department had denied that it was discussing a joint boycott with allies at the 2022 games. The Politico article quoted an unnamed State Department official, who said the department’s position on the 2022 Olympics hasn’t changed, and that the department has not discussed a joint boycott with allies and partners.

In any case, talk of a boycott has made the rounds in recent weeks – particularly from certain Republican leaders, who have urged the Biden administration to punish China’s government over what they deem a steady string of offenses. Those offenses include attempts to threaten Hong Kong’s autonomy, undermine democracy in Taiwan, and abuse human rights in Xinjiang and Tibet.

For now, the Winter Olympics are scheduled to begin in Beijing on Feb. 4 next year.