Is a Costco Membership Worth It? Here’s a Breakdown 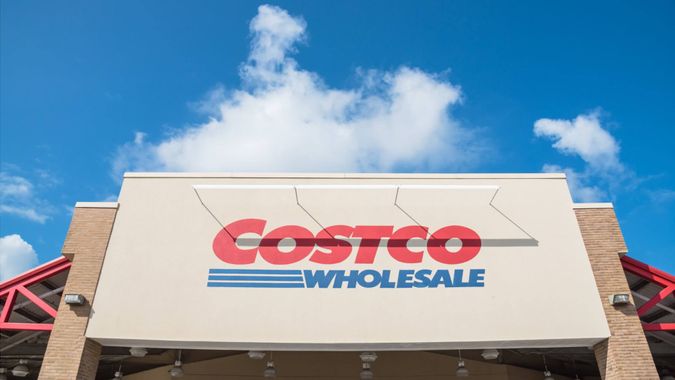 Costco is about as exclusive as a chain store can be — it is, after all, a members-only establishment. The good news is that anyone can join — but it will cost you. You have to pay for the privilege of shopping at Costco, both in stores and online.

If you decide that the cost of membership makes sense, you’ll have access to savings, bulk purchases, and buying options that simply aren’t available at Target, Walmart or Amazon. But is a Costco membership worth it? Here’s what you need to consider before you decide.

What To Consider Before Getting a Costco Membership

One of the oldest and most universal economic laws states that goods and services are cheaper when they’re purchased in bulk. Costco sells in bulk, which means it’s cheaper to shop there than at a retail store that parcels those same goods down into smaller units. But there’s more to it than that. First of all, you have to pay a cover charge to shop at Costco, so the first step is to determine whether or not your annual savings will negate what you paid to join.

There Are 2 Costco Memberships

Costco offers two different membership tiers. One costs more than the other but includes more membership benefits. Whether a Costco membership is worth it has a lot to do with which package you choose. Here’s a look at each one:

Maximize Your Membership With a Rewards Card

“Maximize your membership” is the slogan for the Costco Anywhere Visa Card by Citi. It’s an advertising catchphrase, but the card does help members wring every last bit of value out of their Costco memberships. That only holds true, of course, if they qualify for the card, if their financial situation would benefit from opening another revolving credit account, and — as with any rewards card — if they’re able to pay their statement balance in full every month to avoid finance charges. If not, interest payments will quickly negate any gains.

If you meet those criteria, the Costco card offers:

Costco is not the only game in town. Its main competitors are BJ’s and Sam’s Club, and both have quite a lot to offer. If you’re wondering whether a Costco membership is worth it, that depends on what you think of the other guys.

Sam’s Club Makes a Strong Case for Itself

Sam’s Club is cheaper to join — $45 or $100 per year instead of $60 and $120. Both of Sam’s Club’s membership plans come with benefits that are similar to those offered by Costco — maybe even a little better. The Sam’s Club Mastercard, for example, is part of the basic package. It comes with even better perks than the Costco card, including up to 5% cash back. The more expensive Plus membership also delivers juicy perks like free shipping.

Sam’s Club has more stores than Costco, albeit in fewer states — 598 locations in 45 states compared to Costco’s 557 stores in 47 states.

BJ’s Is Tempting, Too

BJ’s has fewer stores than both Costco and Sam’s Club — just 228 in 17 states. Membership fees are $55 or $110 annually — cheaper than Costco but more expensive than Sam’s Club. There’s also a business membership option. BJ’s, too, has comparable benefits, and like Sam’s Club, the BJ’s branded Mastercard is good for up to 5% cash back.

What Are You Buying and for How Many People?

In the end, the verdict on whether a Costco membership is worth the money has a lot to do with your lifestyle, your purchasing habits and the size of your household. For big families with lots of children, a Costco membership can pay for itself in a single visit. A single person who lives alone, however, might find that they’re spending and wasting more than they had planned. In between are couples, roommates, minimalists and small families that will have to decide for themselves if the cost of entry is worth the savings — and if buying in bulk is really for them in the first place.

Costco Is Not the Place To Roll the Dice

Despite the savings, the size of the purchases means that Costco receipts can get really ugly fairly quickly. If you drop $50 on a few bulk purchases of things like laundry detergent and fabric softener, you’d better make sure it’s the kind you like. Buyer’s remorse is never a good feeling, but after a misguided trip to Costco, it’s a soul-crusher. Costco is not the place to guess or experiment.

But It Might Be the Place To Buy a Car

If you’re in the market for a new or used car, truck or SUV — or even an RV, for that matter — Costco can help you save on that, too. Costco works with more than 3,000 dealers across the country through the Costco Auto Program. Costco doesn’t actually sell the cars, but it negotiates what it calls “prearranged Costco member pricing.” Dealers agree to sell vehicles at a discount to Costco members without haggling, so the process is streamlined and simplified as well as less expensive.

Or Book a Vacation

Costco also sells travel packages, and just as with vehicles, it leverages the cumulative buying power of its massive subscriber base to negotiate the lowest possible costs. Costco Travel is exclusively for members who live in the U.S., and the service employs travel professionals who help members pick the right package. Executive members get 2% in annual rewards on all travel purchases.

You Can Expect To Save Big on Prescription Drugs

You can fill prescriptions at Costco even if you aren’t a member — and if you take a lot of medication, you’ll likely save big bucks at Costco’s famously cheap pharmacy. Consumer Reports did a study on what it costs to fill common prescriptions at familiar pharmacies, and with the exception of HealthWarehouse.com, Costco was cheaper — much cheaper, in most cases — than:

Even better, members can get clear, transparent pricing, as well as information on things like generic substitutes, on the member portal on the Costco website. There’s also the Costco Member Prescription Program. It’s not insurance, but the program gives members a card they can use to cash in on even more savings when it’s time to refill their medications.

You Can Save Big on Pet Stuff, Too

Costco’s Kirkland Signature pet food is less expensive than comparable pet food that you could find at just about any major pet store chain. For a little extra, you can upgrade to Kirkland Signature Nature’s Domain, Costco’s premium offering, and still spend less than you might elsewhere on regular pet food. You can also buy pet insurance at a discount through Pets Plus Us — that, too, is for Costco members only. Finally, Costco members can save by filling their prescriptions for pet meds at the Costco pharmacy.

To call Costco’s rotisserie chicken famous would be an insult. It’s a legend — a legend that sells for $4.99 despite being bigger than many supermarket birds. It is probably history’s most famous loss leader — that’s when companies sell items below market value to stimulate spending elsewhere.

It’s no accident that Costco puts them in the back of the store, where it smells like mouth-watering chicken. That makes people hungry, which makes them buy more food on the way back to the front. The payoff for shoppers is a world-class rotisserie for less than $5. Costco sells more than 90 million of them in a given year.

If wine is your thing, that alone might be worth the cost of membership. According to CostcoWineBlog.com, Costco generally prices its wine between 10% and 20% below other wine retailers. It depends on the bottle and depends on the day, but by and large, wine lovers flock to Costco because the selection is vast and bottles are cheap.

So, Is a Costco Membership Worth It?

The choice to join Costco or not is a personal one, but the fact is that it doesn’t take much to make the membership pay for itself. People who live alone or who live in small apartments and don’t have room to squirrel away big containers of stuff might pass. For the rest, however, Costco offers the opportunity to stock up, save and enjoy steep discounts on food, diapers, and everything else you need in your home.

Customers can also enjoy savings on cars, travel, and plenty of other things people don’t normally associate with bulk club shopping. Costco sells a $20,000 Mario Andretti billiards table made out of a Camaro with real tires and working lights, for example. Even if, for some reason, you pass on that, you can score deep discounts on everything from pickles to prescriptions with a membership to Costco.

This content is not provided by Citibank. Any opinions, analyses, reviews or recommendations expressed in this article are those of the author alone and have not been reviewed, approved or otherwise endorsed by Citibank.