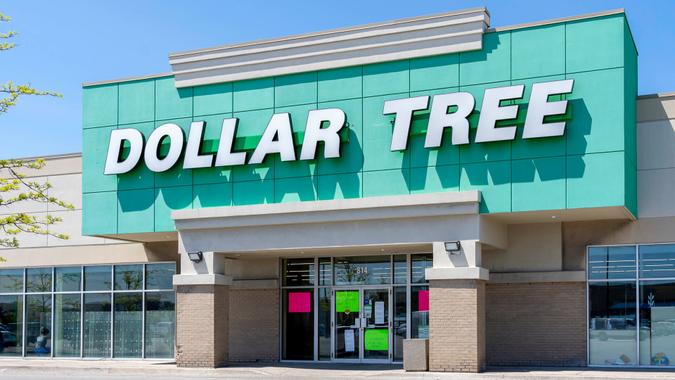 There’s no denying the value warehouse stores such as Costco have for American consumers. After all, where else can you spend a day getting your tires changed, enjoying a cheap lunch, shopping for groceries for the month and filling your prescriptions?

And while Costco has unbeatable prices on many items, that doesn’t mean everything you buy will save you money. Bulk packaging is the trademark of warehouse stores, and do you really need – or have room to store – a dozen cans of green beans and 30 rolls of toilet paper? And unlike toilet paper, which has an infinite shelf life, some Costco items won’t last forever, and you could wind up throwing out half of what you bought. Or more. And where’s the savings in that?

That’s why it’s worth a stroll down the aisles of your local dollar store to check the prices and availability of what you need before plopping down big money for a big package. Even though Dollar Tree announced just before Thanksgiving that it was raising its prices from $1 to $1.25 on many items to offset increases in shipping and other costs , shopping at dollar stores can still provide consumers with the most bang for their buck.

As you prepare your shipping list, here are five things you’re probably better off buying at the dollar store instead of at Costco.

Check Out: 4 Costco Items That Have Remained Cheap for Years
Find Out: How Much Does a Costco Membership Really Save You?

How many old jars of spices and seasonings do you have in your kitchen cabinet, and how long have you had them? Maybe so long that you moved them from your first apartment to your forever home – and maybe they’ve lost their kick by now. When recipes only call for a half-teaspoon or a pinch, it could take a very long time to use the contents.

McCormick, a well-known manufacturer of spices and seasonings, says on its website that dried seasonings, herbs and spices in jars will last about one to two years. Herbs such as oregano and seasoning blends will add flavor for one to three years, and ground spices in the jar could be good for two to four years.

That’s where your local dollar store helps. Throw out all the old ones and start fresh. Unless you’re feeding an army – literally – the Costco spices and seasonings likely will have a good portion remaining before their shelf life runs out. Dollar Tree sells a 6.52-ounce jar of garlic salt and 4.65 ounces of lemon pepper. Their McCormick counterparts at Costco? The 41.25-ounce container of garlic salt costs $4.99, while 28 ounces of lemon pepper sells for $8.49.

Find Out: 6 Holidays Purchases That You Should Only Make at Costco

Whether you’re throwing a birthday party for your 5-year-old or a sophisticated cocktail party, you can turn to the dollar store for many of your tableware needs. With little ones, you’ll inevitably have spills and messy faces, so you’ll need plenty of napkins.

But as with most Costco items, napkins come in large quantities. Really large quantities. A 2,000-count package of Marathon napkins costs $10.49 – way more than you’ll need for your party. Dollar Tree sells 20-count packages of dinner napkins and 30-count beverage napkins, and they come in festive colors, unlike the white napkins at Costco. The light blue napkins – along with the matching 48-count package of plastic silverware – will fit your “Frozen”-themed party just fine.

While you’re in the party aisle, you also can pick up some inexpensive decorations and one-use plastic tablecloths to help protect your furniture. You don’t want to cry over spilled milk, do you?

A four-pack of store-brand AA batteries runs almost $6 at the local drug store, so count out that option if you’re looking for the best deal. But are batteries at Costco the best value for you? The regular price of a 48-price of batteries by Kirkland, Costco’s house brand, costs $13.99 – or 29.1 cents each. Will you use 48 quickly enough to justify the sunken cost in batteries? If not, the dollar store pack of four should be just fine to power up the remote, and at even $1.25 per pack, you’re still in the same price range (31.3 cents) per battery.

There’s nothing better than grabbing a fresh bar of soap in the shower – and buying it at Dollar Tree will allow you to ditch those little, hard-to-handle remnants of soap without filling your limited storage space with a large quantity.

If you can’t get going in the morning without your coffee, you’ve probably already figured out you should skip the drive-thru of the local shop and brew your own. And while it’s convenient to have the 40-ounce bag of Kirkland Signature Medium Roast on hand ($13.49 per package), is it really the best buy? Probably not, unless you’re brewing enough for a large group of coffee drinkers at the office.

Martha Stewart’s website reports that, according to the National Coffee Association, ground coffee begins to lose its flavor about one week after its sealed container is open if it’s a dark roast, or after two weeks for other roasts. In fact, the association recommends buying smaller quantities of coffee more often.

Instead, Dollar Tree sells 6-ounce bags of ground coffee – the perfect size for a fresh brew at home. And 40 ounces of dollar store coffee is about half the price of Kirkland coffee.

Remember when you go to Costco next time that sometimes, good things do come in small packages.