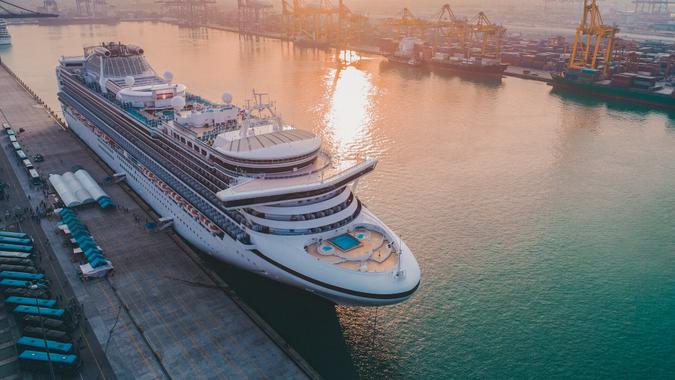 On April 2, 2020, National Geographic asked “How hard will the coronavirus hit the travel industry?” The article chronicled the overnight collapse of an industry that had spent years using technology and innovation to make travel so easy, so affordable and so accessible that it was accommodating an astonishing 1 billion trips per year.

A little less than one year later, National Geographic’s question has been answered. As a whole, the U.S. travel industry lost an incredible $492 billion in 2020, according to the U.S. Travel Association. For context, that’s just shy of a half-trillion dollars — $1.6 billion lost every single day during 10 months of COVID-19. Even so, the industry is filled with survivors that are optimistic about the coming months and years.

Airlines Were Grounded With Sky-High Debt

According to Airlines for America (A4A), commercial airlines account for $1.7 trillion in economic activity in the U.S. and support more than 10 million jobs. COVID-19 brought that GDP giant to its knees. The nine largest passenger airlines suffered $46 billion in pretax losses in 2020 and watched as their operating revenue cratered by more than 60%.

See: 33 Items You Do NOT Need To Buy During the Coronavirus Pandemic

The industry, which is expected to keep burning through cash through the rest of 2021, took on enormous debt to meet its obligations during the crisis. “It will take years for airlines to retire the newly accumulated billions of dollars of debt,” according to an A4A report. The industry isn’t expected to get back to 2019 passenger levels until 2023-24.

The American Hotels and Lodging Association summed up the ordeal of the country’s accommodations industry with a single sentence in its 2021 report: “The hotel industry experienced the most devastating year on record in 2020, resulting in historically low occupancy, massive job loss and hotel closures across the country.”

Find Out: 25 Companies Making the Most Money From Coronavirus

The industry is expected to add 200,000 jobs in 2021, but will still remain well below its 2019 employment levels through at least the end of 2022. Although more than half the country has plans to resume leisure travel, “business travel–which comprises the largest source of hotel revenue–remains nearly nonexistent,” according to the report.

The cruise industry is chomping at the bit to get back into the blue water and the black ink. It started as the face of the pandemic in February 2020 when thousands of dirty, terrified and frustrated passengers were quarantined on the Diamond Princess. A shocked world watched as the ship became a floating hell where hundreds were infected and seven died. The cramped quarters and communal everything that is inherent to cruise ships was the perfect petri dish.

More: Why It’s Smart To Book Your Late 2021 Travel Now

This year, strong end-of-year bookings have already given the industry reason for optimism. Then, Royal Caribbean announced the arrival of fully vaccinated sailings — a first in the industry. Any silver lining would be a welcome change in an industry where the top three companies — Carnival, Royal Caribbean and Norwegian — saw revenues decline by 73%, 80% and 80% in 2020.

For the Tourism Industry, COVID-19 Was a Trillion-Dollar Crisis

Most segments of the travel industry expect to be something close to fully operational by year’s end with a return to 2019 numbers by 2023, give or take. For the tourism industry as a collective, however, 2020 will go down as the year with the $1 trillion price tag. According to an industry report from the United Nations, the pandemic will ultimately cost the global tourism industry between $910 billion and $1.2 trillion and threaten 100 million to 120 million jobs worldwide. That’s more than triple the economic loss the industry endured during the entire global financial crisis in 2009 combined.