Child and Dependent Care Credit Can Add Up to $8,000 — Here’s How To Claim the Money on Your Taxes 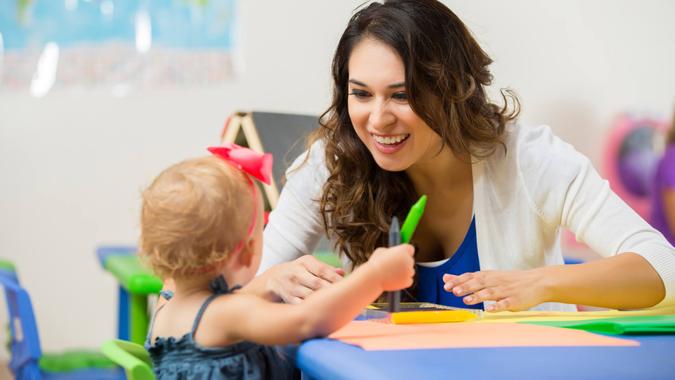 Enhanced Child Tax Credit payments were big news in 2021, as eligible families in the United States received more than 200 million advance payments that went to roughly 61 million children. Less attention has been paid to a similar federal program that can provide tax credits of up to $8,000 to families.

That program, the Child and Dependent Care Credit, has been around since the 1970s, so it’s not exactly new. It was launched to help working parents offset the cost of daycare, after-school programs and summer camps. In the years since, the credit has mostly lagged well behind inflation.

But that changed in 2021, when the American Rescue Plan increased the amount of money parents can claim on their tax returns for child care expenses. The plan also made the Child and Dependent Care Credit fully refundable — meaning that if the tax credit exceeds what you owe the IRS, you’ll get the difference in your tax refund.

This year parents can get a Child and Dependent Care Credit worth as much as $8,000, which is nearly four times the previous limit of $2,100, according to CBS News.

Qualifying expenses include care provided inside or outside the home, though you’ll have to provide the name of the care provider as well as their Social Security number or EIN. You’ll also have to check a box on the return to indicate whether care givers are household employees. Day camps are eligible but overnight camps are not. Before-school and after-school programs are eligible as well. In addition, care provided by a relative who is not your dependent can qualify as an expense if the relative was paid.

One thing to keep in mind is that income limits apply to the Child and Dependent Care Credit that are similar to those for the enhanced CTC and stimulus checks. As CBS News noted, the credit is reduced by 1% for every $2,000 of adjusted gross income for people earning more than $125,000 a year. Households that earn more than $183,000 are capped at taking 20% of their child care expenses. The credit is not available for households that earn $428,000 or higher.