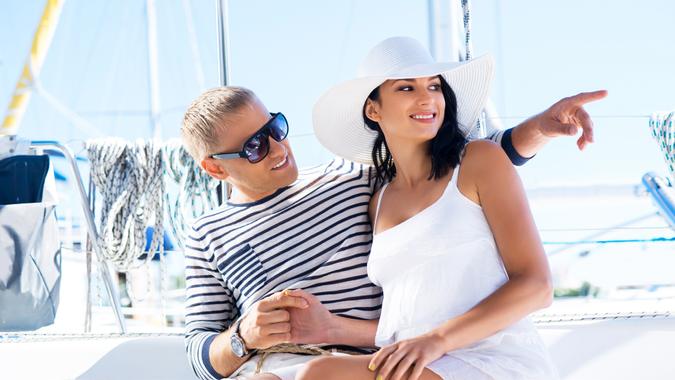 President Biden’s tax plan, which calls for higher tax rates for single filers likely with income over $452,700 and couples with income over $509,300, could mean that married couples pay more taxes together than individually, reported CNBC.

See: Do You Support a Biden Tax Increase? Take Our Poll
Find: Do You Know If Your State Has a Marriage Penalty?

“It’s not the first time we’ve seen a marriage penalty,” Sabina Smailhodzic Lewis, certified financial planner and co-owner at Avant-Garde Wealth in Bowling Green, Kentucky, told CNBC. According to the Tax Policy Center, a couple incurs a marriage penalty if the two pay more in income tax when filing jointly than if they were single and filing individually. Couples are not obligated to file jointly; however, filing separately has almost always resulted in a higher tax liability.

President Biden plans to increase the top rate to 39.6%. Remarks prepared for delivery by President Biden said, “We take the top tax bracket for the wealthiest 1% of Americans — those making $400,000 or more — back up to 39.6%.” However, this proposal may still affect Americans making under $400,000, stated CNBC.

See: All the New Numbers You Need to Know for Planning Ahead on Taxes
Find: Secrets on Your Tax Forms That Could Ruin You

But CNBC also noted that according to the IRS, this would only apply to fewer than 1% of families, and financial experts advise that there’s still time to prepare for any upcoming tax changes.

“The way the numbers shake out, because of the way our tax system works, you can definitely get into situations where you are better off if you are single,” Alvina Lo, New York-based chief wealth strategist at Wilmington Trust, told CNBC. She emphasized the importance of prioritizing tax deductions and using tax-deferred accounts like a 401(k) or individual retirement account to reduce taxable income.

While Biden’s plan to increase taxes has received criticism from both parties, Democrats are largely supportive of raising taxes, reports NBC. Republicans, on the other hand, are expected to oppose any rate increase. “I think the Trojan horse will be called infrastructure but inside the Trojan horse will be all the tax increases,” Republican Senate Minority Leader Mitch McConnell said. “They want to raise taxes across the board.”