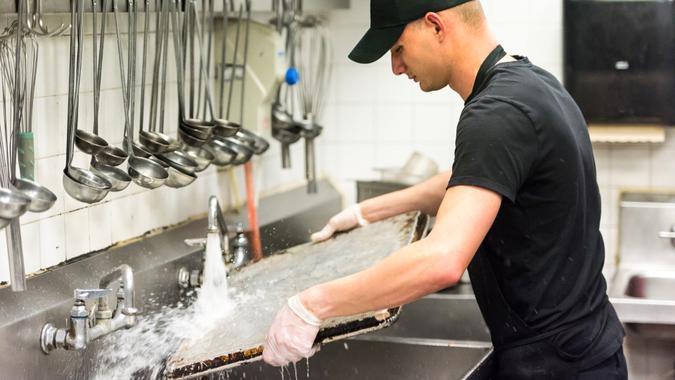 While much of the attention on President Joe Biden’s proposed $1.8 trillion American Families Plan has been focused on education, child care and paid family leave, it also includes some tax goodies that could put more money in your pocket.

One of the proposals is to make expansion of the Earned Income Tax Credit for childless workers permanent. This credit was boosted under last month’s American Rescue plan by nearly tripling the maximum credit and extending eligibility to more childless workers, CNN reported. In addition, the minimum age to claim the credit will be reduced to 19 from 25, and the upper age limit will be eliminated.

A White House fact sheet released on Wednesday said the expanded EITC benefited 17 million low-wage workers, many of whom are essential workers such as cashiers, cooks, delivery drivers, food preparation workers and child care providers. One of the examples provided on the fact sheet was that with the EITC expansion, a childless employee who works 30 hours a week at $9 an hour would have their credit increased to more than $1,100, helping pull them out of poverty.

Democrats passed a one-year expansion of the Child Tax Credit as part of the March relief bill, WENY News reported. However, Biden will ask Congress to extend the enhancements through 2025 and make the credit refundable permanently as part of the American Families Plan. Republicans oppose the tax hikes that would pay for the plan. They and some Democrats also have concerns about funding another enormous stimulus, according to NPR.

According to the IRS website, you are eligible to claim the EITC without a qualifying child if you meet each of the following requirements. You (and your spouse, if you file a joint tax return) must:

Those filing as married filing separately are not eligible for the EITC.