In today’s largely digital financial system, payments are constantly whizzing back and forth between banks, stores, customers and anyone else using PayPal or Venmo or a debit card. In fact, for a lot of younger people, between direct deposit, autopay for bills, a budgeting app and a rewards credit card, they could be earning and spending thousands of dollars a month without actually physically putting eyes on a penny of it.

That can create some serious issues on those rare occasions where today’s lightning-fast computer network isn’t up to the task. Maybe your identity is stolen and you have to rely on traditional methods to pay bills for a month or two while you’re sorting things out. Or perhaps you just have enough mistakes in your credit history that your landlord isn’t comfortable accepting a check. If you’re used to making payments with a flick of the wrist on your smartphone, you might arrive at moments like these and suddenly feel totally helpless.

That’s why it’s important for everyone — no matter how plugged in — to understand the basics of the money order. But while frequently a relic of times past, money orders can also be an absolute necessity for a variety of circumstances where only cash will do or you simply cannot write a check. So, here’s a look at everything you need to know about sending a money order so that — should the day ever come — you will find yourself with a functional workaround when the newest pieces of the financial system aren’t up to the task.

This guide to money orders will cover the following:

What Is a Money Order?

Perhaps the easiest way to think of a money order is as a prepaid check. When you get a money order, it will include both an amount and a specific payee who is the only one who can legally cash it. The main difference is that, unlike for your checks, you have to pay the full amount of the money order up front when you purchase it.

By collecting all the money necessary to settle the money order in advance, money orders represent guaranteed funds. Whereas accepting a personal check requires trusting the person writing it has their financial house in order to the point that they can cover the amount, a money order eliminates that need. The money has already changed hands, so it’s as if it’s waiting there for the person the money order is made out to.

Here’s an example of what money order looks like: 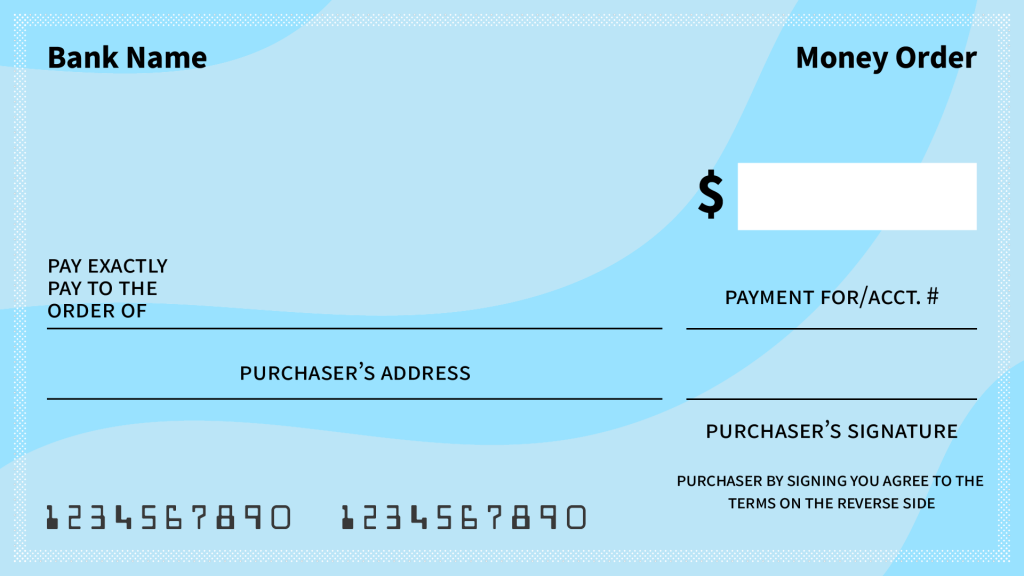 Learn: What Is MoneyGram? How Does This Major Competitor to Western Union Stack Up?

When to Use a Money Order

Money orders aren’t expensive, but they do tend to cost significantly more than writing a check or using an app, so they’re likely only going to be the best option in circumstances where other ways to transmit funds just aren’t possible. There’s a number of reasons why many Americans are still using money orders with regularity:

Best Places To Get a Money Order Near You

There’s an abundance of places to get money orders. There are basically three organizations selling money orders: MoneyGram, Western Union and the U.S. Postal Service.

However, Western Union and MoneyGram situate their agents in a variety of local businesses — mostly convenience stores and supermarkets — so you’re probably never more than a mile or two from an abundance of places where you can get a money order. Check-cashing services will usually also offer money orders given that they’re catering mostly to customers without a bank account.

Beyond the locations listed in the table, many independent convenience stores will also sell money orders through MoneyGram, Western Union or another agent.

Find Out: How Much Is a CVS Money Order?

How To Buy a Money Order

Getting a money order should be a relatively simple process, especially if you have cash. Once you’ve located a bank, post office or store where money orders are sold, you fill out a form and hand it over along with the money for the amount you’re sending plus the cost of the money order. Then, you should be issued your money order and you can send it along to the recipient.

If you’re worried about how to fill out a money order form, don’t be — it’s a simple process. Money order forms will ask for the name of the recipient; be careful to get the spelling correct. You’ll also include your own address in case someone needs to track you down, and if you’re using your money order to pay bills you should include your account number as well.

As far as the method of payment, different locations could have different policies, but you will generally always be able to use cash and/or a debit card. You most likely cannot pay for your money order with a check as they typically take a few days to clear and money orders involve guaranteed funds. Some locations might allow you to pay with a credit card, but that’s usually treated as a cash advance by your credit card company, usually meaning you’ll owe much higher interest rates than a normal purchase and pay a transaction fee.

Where To Cash a Money Order

If you’re on the receiving end of a money order, don’t worry: Cashing it is a lot like cashing a check and many places provide this service. A bank or credit union is probably your best bet — especially if you’re planning to deposit the funds — but virtually anywhere that will cash a check for you will also cash your money order. Supermarkets, convenience stores and check cashing locations could all work; just ask a clerk if they’ll cash your money order. However, some stores will charge an additional fee for the service.

To cash your money order, you’ll need the order and a valid picture ID to confirm your identity. Once you’re at the location where you’re going to cash it, endorse the back like you would a check and present it to the clerk along with your ID.

Also See: Walmart Check-Cashing Services You Should Use

Watch Out for Money Order Scams

Of course, although money orders are probably more reliable than checks, they’re also a common source of various money scams, so you should be careful when purchasing or cashing one. Most of these scams involve the use of a fraudulent money order and tricking you into sending money to the fraudster prior to discovering it’s not real. In some cases, a good fake might not be discovered by banks for several days, so there’s usually a window of time where con artists can prey on your belief that your “money order” is a good as cash. Money order scams include the following:

Don’t Miss: Don’t Get Caught In These Check Scams

There’s a number of different options for sending money to someone other than money orders, some of which will cost less and offer many of the same advantages. Alternatives to money orders include:

Consider: 12 Free Ways To Send Money to Family and Friends

Money Orders Can Be a Necessary, Important Tool

Even though a lot of people might see themselves as living a life that simply doesn’t — and won’t — need money orders, you cannot know what the future holds. When the day comes that you really need to have someone send you hard currency — or have a loved one who needs you to send them money — you should be ready to use a money order. What’s more, for the millions of unbanked or underbanked people living in America, the money order is a crucial, essential process that allows them to pay bills and send money despite not having access to a checking account. 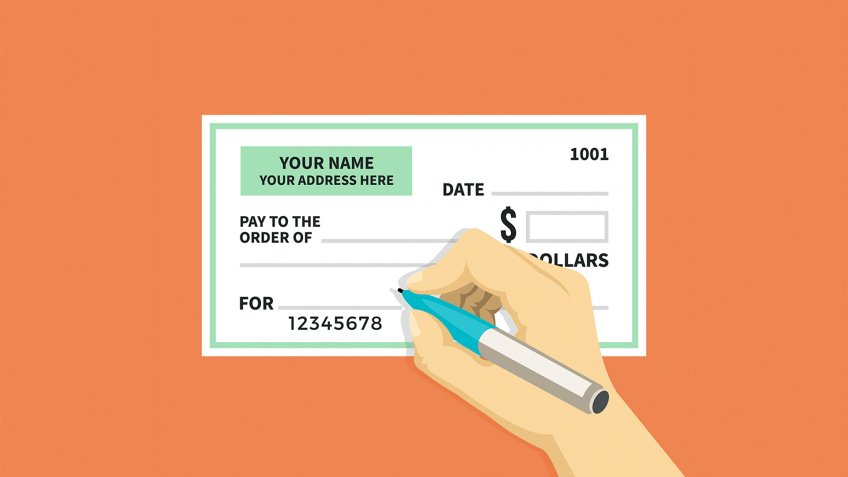 An Illustrated Guide To Reading a Check

GOBankingRates > Banking > Checking Account > What Is a Money Order and Where Do You Find Them?