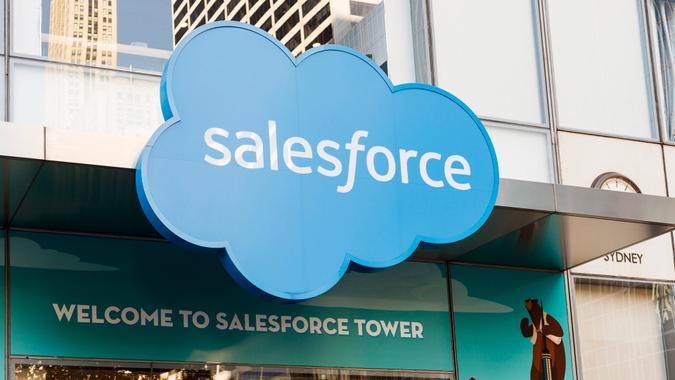 Four hundred Salesforce employees are protesting the company’s NFT plans citing various reasons of concern a week after they were leaked.

The open letter, seen by Reuters, was addressed to Salesforce’s co-CEOs, and raised concerns about the environmental and economic impact of NFTs, calling them “unregulated, highly speculative financial assets.”

Salesforce, which provides cloud-based software, wants to offer a service for artists to create content and release it on a marketplace like OpenSea, one person familiar with the matter told CNBC.

The company had hinted at such efforts in a blog post from December 2021, in which Salesforce outlines what “to expect in 2022, from the future of work and corporate responsibility to AI, NFTs and the metaverse.”

“In 2022, you’re going to hear a lot more about NFTs, and there will be winners and losers. Winners will move past NFTs as simply collectible to find greater utility through the token,” Mathew Sweezey, Director of Market Strategy at Salesforce wrote in the post.

“The amount of scams and fraud in the NFT space is overwhelming,” the letter reads, according to Reuters. It also criticizes the carbon footprint of NFTs and cites research showing the financial benefits of NFTs are unevenly distributed.

“We implore you to reconsider,” the letter continues, noting that the employee blowback “could result in increased attrition,” Reuters reported.

A Salesforce spokesperson told Reuters that the company planned on holding a “listening session” with employees next week to inform its future plans, and did not comment on the specific critiques against the NFT proposal.

The NFT market exploded last year, and the Treasury noted that recent sales of high-profile pieces of physical and digital art involving NFTs, such as Beeple’s Everydays: The First 5000 Days, which sold at a Christie’s auction for more than $69 million, indicating that this nascent art sector has reached similar valuations to traditional art mediums.

This market generated $25.5 billion in trades last year, 18,400% more than the four previous years combined, according to a recent DappRadar report, which adds that the first month of 2022 confirmed that NFTs are gaining even more momentum. Excluding LooksRare, which just launched Jan. 10 and has had $10.7 billion in sales volume, the NFT space amassed $5.3 billion in trades; almost 90% of which were transacted on OpenSea, DappRadar noted.