War in Ukraine, Fed Rate Hikes & Inflation: How Will These Events Affect Bitcoin? 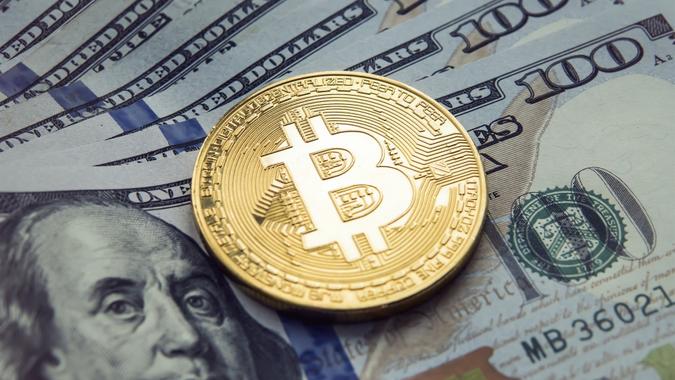 Cryptocurrencies have been very volatile since the beginning of the year, and now — while turbulence is expected over the next few weeks — experts are split on how the unusual confluence of geopolitical and economic factors might affect them (Bitcoin particularly) further. On the other hand, there is a wide consensus around President Joe Biden’s signing of an executive order on digital assets on March 9, an EO which has been broadly lauded and seen as a positive sign as it brings more recognition and clarity to the crypto space.

See: Why Your Bitcoin is Safe: Expert Takeaways Following Biden’s Executive Order on Digital Assets
Find: The Price of Bitcoin Over the Years: What Investors Need To Know

Alex Zerden — founder of Capitol Peak Strategies, adjunct senior fellow at Center for a New American Security (CNAS) and a former Treasury Department official — told GOBankingRates that “in the United States, there are competing forces at play with the crypto market right now.”

“On one side, concerns exist, including an increase in interest rates and Russia’s invasion of Ukraine while on the other, there’s a renewed sense of optimism about a path to regulatory clarity under the recent Biden administration executive order on digital assets that can unlock further innovation and economic opportunity,” Zerden said.

Prior to the Russian invasion of Ukraine on Feb. 24, Bitcoin was more positively correlated to risk assets and more negatively correlated to gold, according to a Grayscale Investments newsletter to investors released in March. However, during the week following, Bitcoin’s relationship with both markets unwound, with correlations moving closer to zero.

“This may have given investors a portfolio diversification benefit during the initial market reaction. This decoupling may indicate that Bitcoin has shown its ability to act as a hedge against geopolitical risk by offering a digital, decentralized store of value,” read the Grayscale report, in part.

While both Bitcoin and Ether have been slumping in recent months, some experts say, however, that investors need to see the larger picture when it comes to Bitcoin — and rather look at its soaring adoption rate to get a more accurate sense of where the crypto is going despite the volatility.

Toby Gilbert, CEO of layer 2 cross-chain computation platform Coinweb, told GOBankingRates that with most any asset class right now, the move for investors is obviously to proceed with caution.

“Inflation is soaring and possibly about to inflict demand destruction on consumers, causing a potentially painful economic contraction that will yield job losses and suffering. Add to this tightened liquidity from rising interest rates and the worsening disruptions to the supply chain caused by the conflict in Ukraine — and China possibly going into lockdown because of COVID — and, well, the picture is not pretty,” he said.

Gilbert added that Bitcoin and crypto more broadly are in a different category, however, and in turn, should probably be viewed differently by investors.

“Adoption for this asset class has been meteoric. Indeed, it’s twice the pace at which the internet itself was adopted globally. And when you add to this already high demand the rising concern around much of the world that Western powers just removed Russia from the financial system – almost overnight and without much deliberation internationally – then you have a situation where investors, companies and even governments are suddenly looking for something to protect their wealth and ability to transact. Bitcoin and crypto provide a way to do this,” he said.

Many experts share the stance that Bitcoin should be viewed separately. While Bitcoin’s identity remains fluid, as it matures, we are likely to see one of its core original concepts — a stateless asset that is free from human error and politics — continue to gain ground against its identity as a risk asset, James Butterfill, CoinShares head of research, told GOBankingRates. “This has been aptly demonstrated by recent geopolitical events,” he said.

“The $40K level remains an important psychological barrier and the fact that it was reclaimed despite the backdrop of mounting geopolitical and macroeconomic pressures actually shows Bitcoin’s relative strength. At the same time, yesterday’s intraday volatility cannot be explained away simply in terms of Bitcoin reacting to the Fed’s rate hike announcement as this had already been largely priced in by the crypto markets,” Mikkel Mørch, investment fund ARK36’s executive director, told GOBankingRates.

“In fact, the volatility hasn’t been particularly high if we take into account a barrage of largely negative news over the past few days with COVID cases rising and China’s Shenzhen province going into lockdown, which will surely aggravate the supply chain issues. It is not unlikely that institutional investors have once again started contemplating Bitcoin as a safe haven, store-of-value kind of asset. Interestingly, there may be an added flavor to this narrative now,” he said.

Mørch added that investors are noting that sanctions placed on Russia — especially freezing Russia’s central bank reserves — may result in the diminished status of the dollar as the global reserve currency.

“If we are seeing the beginnings of a new monetary world order with a weaker dollar, Bitcoin will likely be one of the long-term beneficiaries of this shift. Taking that into account, there is little wonder why banking industry insiders are predicting that BTC will be worth between $100-200K within the next few years,” Mørch concluded.

This sentiment is echoed by several experts, including Mark Elenowitz, co-founder of Upstream, who told GOBankingRates that despite everyone expecting turbulence in the coming months because of all the negative trends, Bitcoin and crypto are in a different category now.

“And while these assets will certainly face volatility, demand for crypto will likely continue — if not increase in the coming years — as people look for financial alternatives. This trend, I suspect, will play out in the West itself because adoption of crypto assets in the United States and Europe is already relatively high,” he added.