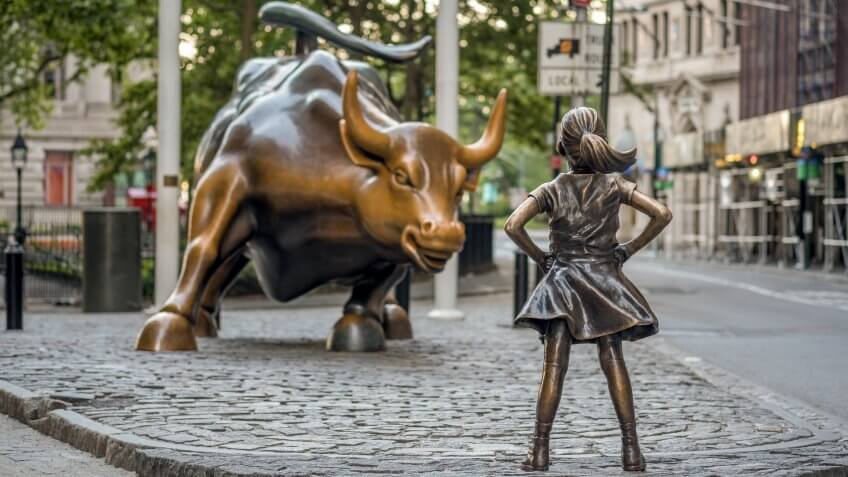 The stock market has been up more than 20 percent since the start of 2017, but that doesn’t mean the economic outlook has been consistently nothing but roses. Instead, major events from political spats to natural disasters to terrorism have affected the broader markets and specific sectors, creating opportunities to profit in the short run. Read on to learn about 10 events that changed the stock market in 2017. You need to stay up-to-date on current events and respond as they influence the market if you’re looking for the best short-term investments. 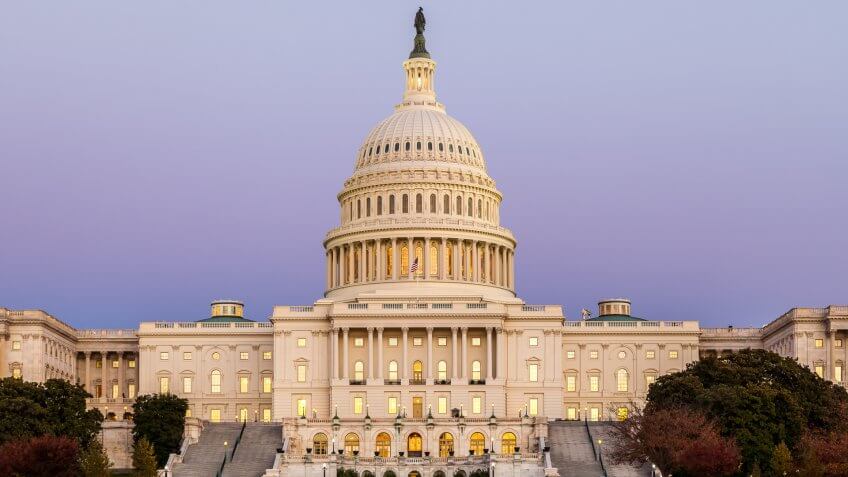 1. Republican Control of the White House and Congress

Republican control of the legislative and executive branches of the federal government has continued to provide a boost to stock prices throughout 2017. With Republicans controlling the House, Senate and White House, investors have high hopes for a pro-business climate. This includes tax reform, especially at the corporate level, leading to record numbers across the board for stock market returns. However, the market’s enthusiasm could come to an end if Republicans continue to fail to implement these policies in the coming months. 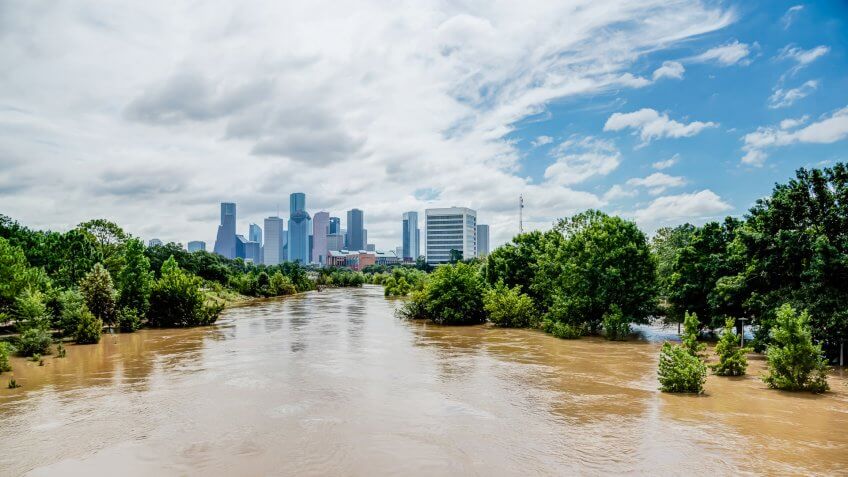 Hurricane Harvey hit Texas at the end of August and no sooner had that storm subsided, Hurricane Irma pummeled Florida in early September. Add in Hurricanes Jose and Maria, and the 2017 Atlantic hurricane season is estimated to have inflicted about $200 billion worth of damage. However, the stock market was largely unhindered by the news, as the market was actually up the day after Irma. In addition, energy stocks rebounded and, based on damage estimates being lower than initially thought, insurance company shares mounted a comeback as well. Plus, construction companies and home improvement stores, like Home Depot and Lowe’s, saw increases in their share prices on the expectation of increased demand for supplies to make repairs and rebuild.

Related: The Costliest Hurricanes to Ever Hit the US 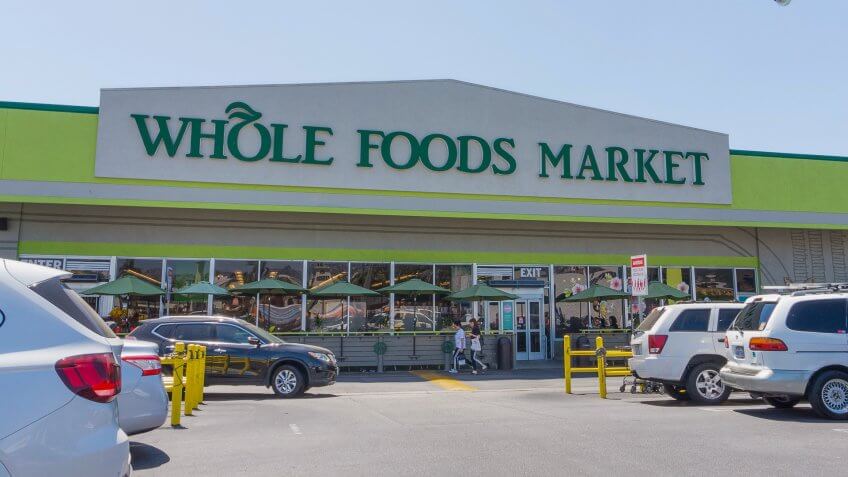 When Jeff Bezos expanded Amazon directly into the groceries industry with its $13.7 billion purchase of Whole Foods, it drove Amazon’s share price up 3 percent and Whole Foods’ price up by 28 percent. But that wasn’t the only part of the market that moved. On fears that Amazon would start cutting into grocer profits, many grocery store chains saw share prices fall quickly. Walmart and Costco each dropped 7 percent and Target fell 10 percent, but others like Kroger, Sprouts, Supervalu and United Natural Foods were down between 12 and 17 percent. Even food manufacturers like General Mills and Kellogg fell by 2 to 3 percent on the news of the acquisition.

Don’t Wait: These 10 Stocks Could Be the Next Apple or Amazon 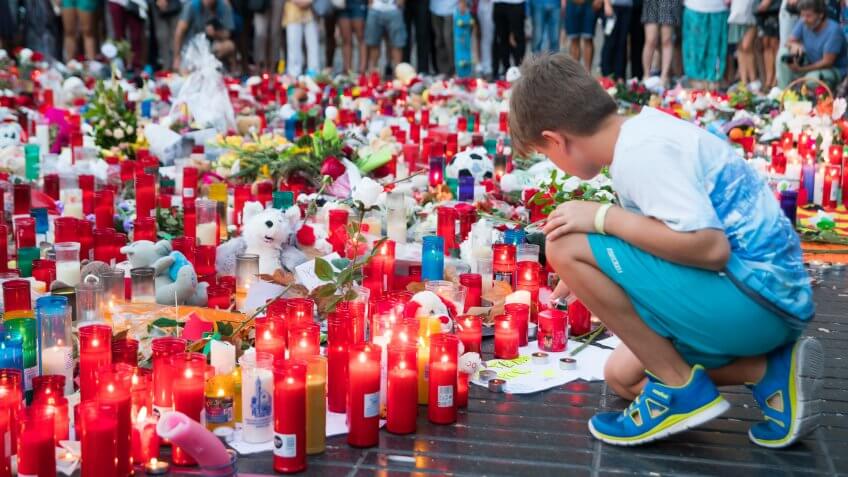 After a driver plowed through a crowd of people in Barcelona on Aug. 17, leaving 13 dead and 100 more wounded, the Dow Jones Industrial Average ended the day down about 274 points, with all 30 stocks in the index finishing in the red. Travel stocks were among the hardest hit, with prices dropping more than 2 percent, on fears that people would reduce travel for fear of terrorism. 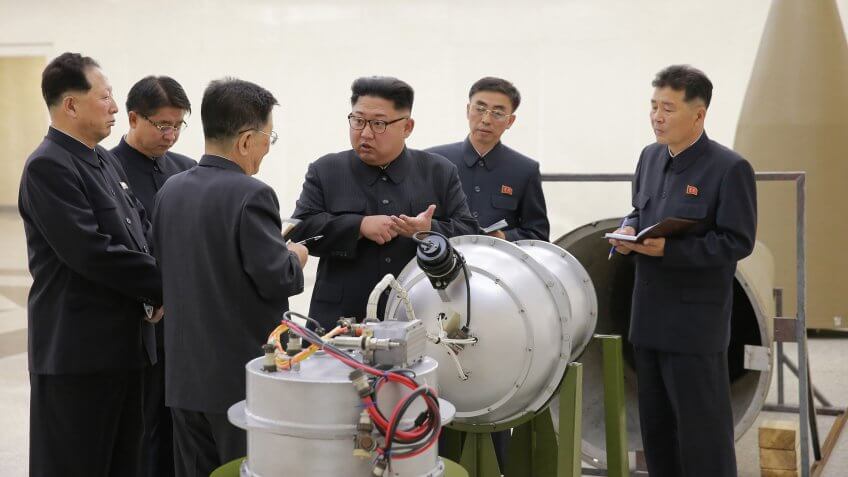 On Sept. 4, North Korea claimed it successfully tested a hydrogen bomb, increasing tensions with the United States and regional allies. Regional markets took an initial hit, with the South Korean index down 1.2 percent and the Japanese index down 0.9 percent. European markets opened down between just 0.5 percent and 1 percent. Those markets recovered shortly thereafter, on the premise that low interest rates and high stock returns were worth the risk and that the risk of war on the Korean peninsula simply wasn’t that high. 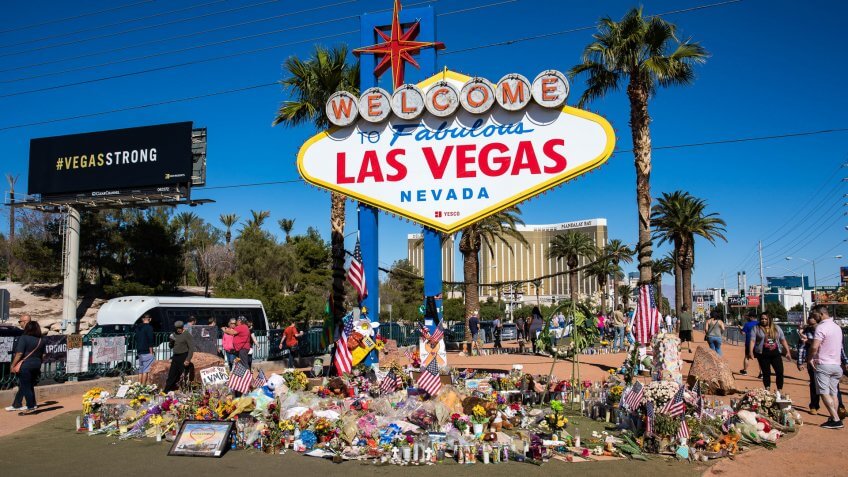 On Oct. 1, a gunman fired repeatedly into a crowd gathered for a country music festival in Las Vegas, killing 59 and wounding 500. The shooter used a bump stock that allowed him to shoot faster, worsening the carnage. In the following days, gun manufacturer stocks rose, as more people purchased guns and accessories on the suspicion that new regulations would be passed limiting their ability to buy weapons. For example, American Outdoor Brands, the parent company of Smith & Wesson and a silencer company, was up 7 percent. 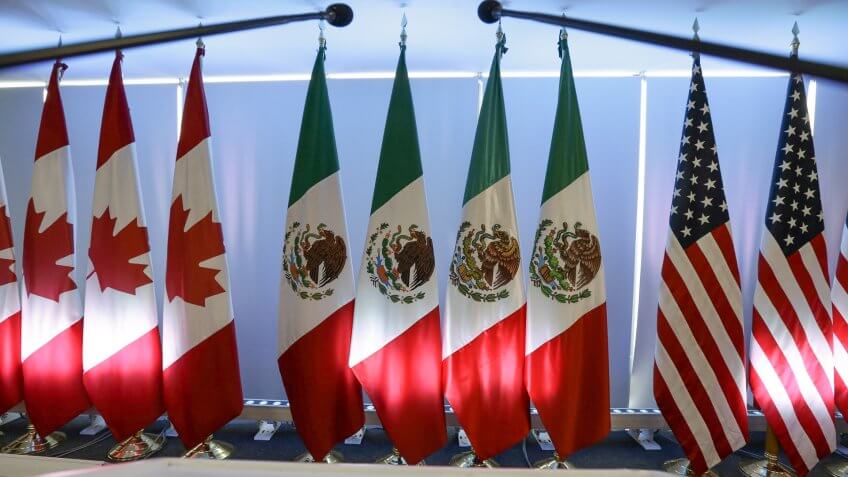 President Donald Trump has repeatedly threatened to withdraw from the North American Free Trade Agreement because he says it’s a bad deal for the United States. NAFTA’s uncertain future has caused companies with strong ties to trade with Mexico to lag behind the market overall. For example, Kansas City Southern, a railroad company, saw its stock price fall when Ford announced it was canceling a $1.6 billion plant in Mexico that would have been serviced by the company. 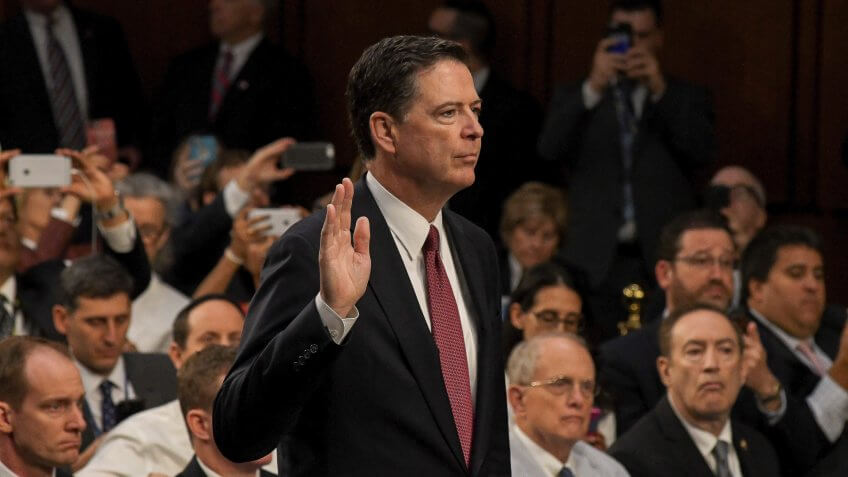 On May 9, President Trump fired FBI Director James Comey, who was the top official involved in the investigation into Trump’s ties with Russia. The next day, the Dow and the Standard & Poor’s 500 index were both down 1.8 percent, triggering fears that the market would experience a correction. However, real estate and utilities, both seen as defensive investments, actually finished the day up 0.6 percent and 0.2 percent, respectively. These fears were short-lived, as the stock market has continued to perform well since Comey’s dismissal. 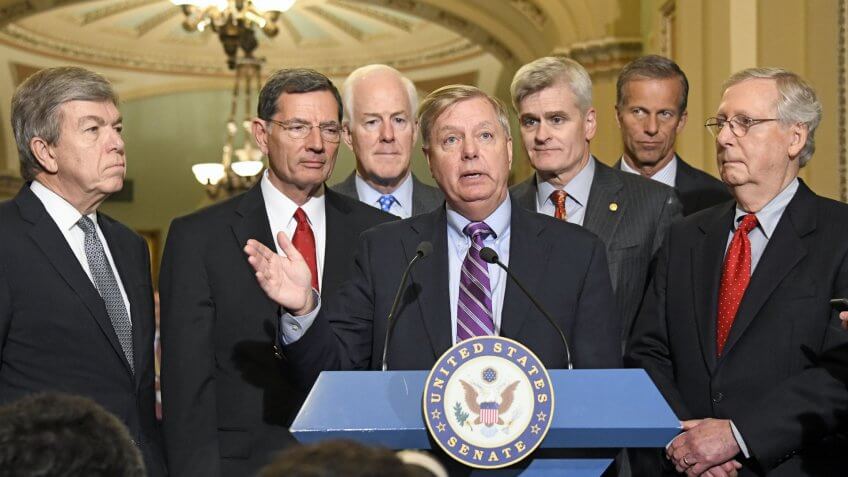 Republicans across the country campaigned on repealing former president Barack Obama’s healthcare law leading up to the 2016 election. Throughout 2017, Republicans have been trying to repeal and replace Obamacare, including passing the American Health Care Act in the house. However, all repeal attempts have failed so far, with the uncertainty weighing on healthcare stocks. For example, after the failure to repeal in July, most healthcare company stocks declined. Then, when Trump ended subsidies to Obamacare insurers in October, health insurers took another hit, with Centene down 6 percent, Molina Healthcare down 4 percent and Anthem down 3 percent. 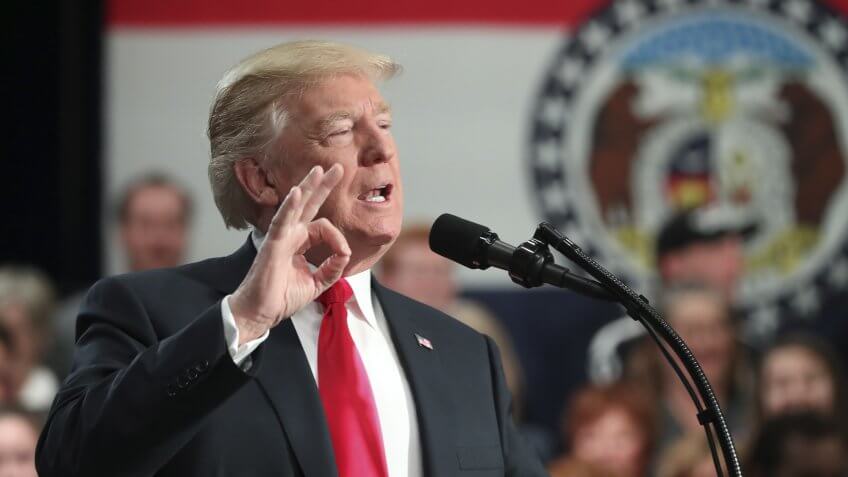 Though the markets have been through an exciting year, it’s not over yet. Congress is still trying to pass aggressive tax reform prior to the end of the year to carry out campaign promises. Whether tax reform is passed or not could be the last major event to impact the markets for the year. For example, Morgan Stanley predicts the passage of tax reform could lead to another 4.94 percent rise in the market, while a failure to pass a bill could result in a 1 percent drop.

Up Next: 10 Bold Stock Market Predictions for 2018 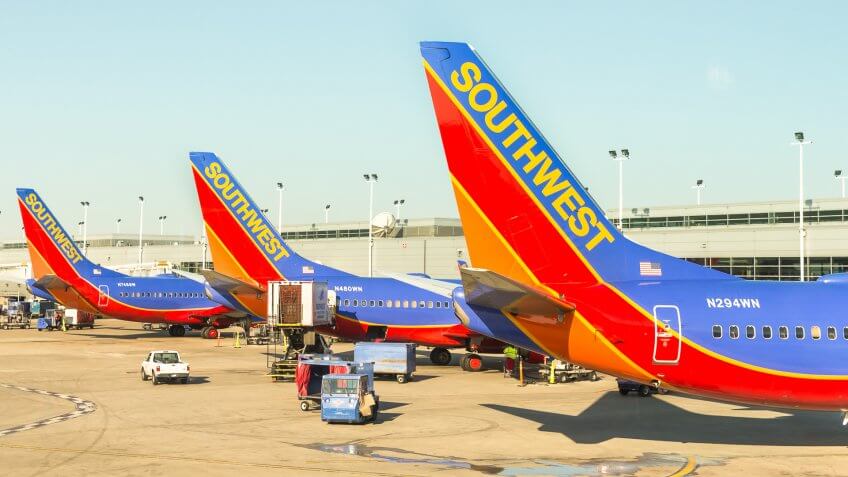 Some of these might be the best stocks for your portfolio.

GOBankingRates > Investing > Stocks > 10 Events That Moved the Markets in 2017