How McDonald’s, Meta & Other Companies That Pulled out of Russia Fared in Q1 Reports 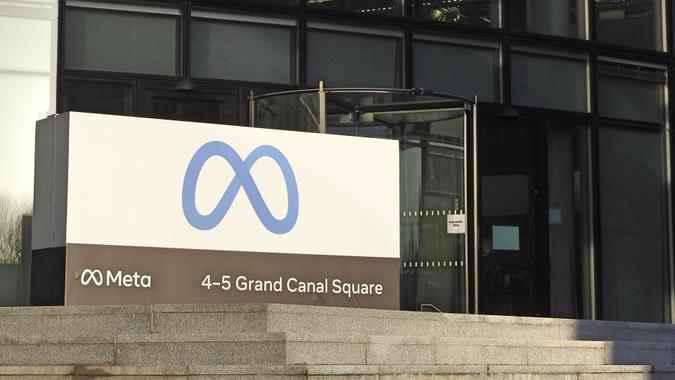 Russia’s invasion of Ukraine forced many of the world’s best-known brands to suddenly exit the country which is now widely sanctioned by the rest of the world. Some companies have ceased operations completely or totally suspended activity in the country, while others remain semi-operational in Russia, specifying long-standing, unalterable contracts in place to prevent further business boycotts.

See: 6 Alternative Investments To Consider for Diversification in 2022
Discover: 22 Side Gigs That Can Make You Richer Than a Full-Time Job

By the time the first quarter was in full swing, most Western companies had untangled investments, closed stores, and stopped sales and distribution in Russia, regardless of the financial impact those actions had on their bottom lines.

Here is how some of the biggest and most well-known U.S. companies fared in their 2022 first quarters amid cutting business ties to Russia.

Russia has been a historic and consistently strong market for McDonald’s. The brand is synonymous with the collapse of the Soviet Union and a symbol of the post-communism adoption of a more market-oriented economy. The burger giant said it spent $27 million on salaries, leases and supplier payments in Russia and Ukraine during the quarter. The company also said it has $100 million worth of inventory it will probably dispose of since its 800 Russian restaurants are closed. Despite this, revenue rose 11% to $5.66 billion in the January-March period, topping Wall Street expectations of $5.57 billion, according to analysts surveyed by FactSet. The company reported adjusted earnings of $2.28 per share, which topped the Zacks Consensus Estimate of $2.18.

Until the company is granted regulatory approval and goes private, Twitter is still a publicly-traded company and, as such, reported what might be its last quarter earnings reports on April 28. Elon Musk’s new company missed analysts’ expected revenue results, but only by a bit. Twitter posted first-quarter revenue of $1.2 billion (versus $1.23 billion expectation), but also an adjusted 4-cent earnings per share (3 cents expected) and, according to StreetAccount, a monetizable daily active users (mDAUs) total of 229 million (expected 226.9 million). Twitter is partially accessible in Russia, due to the government’s blocking of western social media and networking platforms.

Blaming increased competition, password sharing, as well as inflation in addition to the ongoing Russian invasion of Ukraine for its stagnant subscriber growth, Netflix is the biggest loser on the Nasdaq 100 so far this year. The streaming company’s shares were down 25% after the company announced its 200,000 subscriber loss in the first quarter, despite originally predicting about 2.5 million net subscriber additions. It has lost 700,000 Russian subscribers since suspending service on March 6.

A rare first-quarter winner, Coca-Cola reported stats on April 25 that exceeded analysts’ expectations. Despite suspending business in Russia, adjusted earnings per share were 64 cents (expected 58 cents) and revenue rose 16% to 10.5 billion (expectations were set at $9.83 billion). After stopping operations in Russia in early March, Coke estimated its comparable earnings to decrease by four cents per share and, citing a foreign currency influence, the company is predicting a 4% headwind for the second quarter.

Although revenue and its second-quarter forecast came in below expectations (and its stock is down almost 50% for the year), Facebook’s parent company Meta reported earnings that exceeded expectations and had extended trading shares increase by 18% on April 27. Meta has blocked access to Russian news outlets Sputnik and RT, the Russia-backed television network infamous for promoting Vladimir Putin’s agenda, across the European Union. But, like Twitter, it has been blocked by Russia’s media regulatory agency.

Google’s holding company reported weaker-than-expected earnings and revenue for the first quarter. In extended trading, the stock fell about 3%. According to Refinitiv, company revenue and earnings per share fell short of expectations — $68.01 billion vs. $68.11 billion and $24.62 vs. $25.91 respectively. Google halted much of its Russian operations due to the invasion of Ukraine and has blocked Russian state media channels from its platforms, including YouTube and Google Play store, and paused YouTube ads in Russia. It also has suspended its Google Pay mobile payment system for customers of sanctions-hit Russian banks. Its been a disappointing year so far for YouTube as the social video platform is battling stiff competition from TikTok and has seen its ad revenue increase by 14% instead of the expected 25%, according to StreetAccount.

The biggest bank in the United States posted a record profit of $48.3 billion in 2021 through stimulus strengthened the economy and markets and dealmaking strategy payoffs. However, the company revealed a first-quarter $524 million loss on assets tied to Russia and a slowdown in revenue. The bank’s managed revenue fell 4.6% year-on-year to $31.59 billion in the first quarter (but beat analysts’ expectations of $31.44 billion). Earnings per share fell 41.8% to $2.63 from a year earlier, coming in below estimates of $2.72.