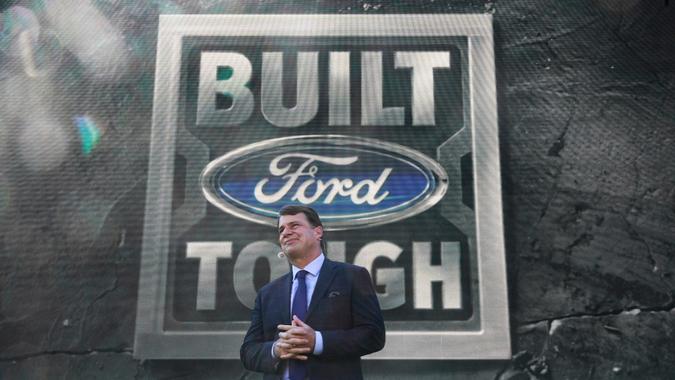 Ford Motor and South Korean battery supplier SK Innovation announced plans to invest $11.4 billion and create 11,000 new jobs for the production of new electric vehicles and advanced lithium-ion batteries. Deemed “the largest ever U.S. investment in electric vehicles at one time by any automotive manufacturer,” the venture will begin in 2025.

Discover: Why Are Car Prices So High? The Issue Goes Beyond Chip Shortages
Explore: Amazon, Tesla Are Among the Companies Moving More Chip Development In-House

“This is our moment — our biggest investment ever — to help build a better future for America,” Jim Farley, Ford president and CEO, said in the announcement. “We are moving now to deliver breakthrough electric vehicles for the many rather than the few. It’s about creating good jobs that support American families, an ultra-efficient, carbon-neutral manufacturing system, and a growing business that delivers value for communities, dealers and shareholders.

Ford’s announcement follows President Biden’s signing of an executive order last month, with a goal to make 50% of new vehicles sold by 2030 zero-emission. Several carmakers responded to the president’s initiative, including Ford, GM and Stellantis. In a joint statement last month, the companies said they shared the aspiration to achieve sales of 40-50% of annual U.S. volumes of electric vehicles (battery electric, fuel cell and plug-in hybrid vehicles) by 2030 in order to move the nation closer to a zero-emissions future consistent with Paris Climate Agreement’s goals.

Ford’s $7 billion investment is part of its $30 billion investment in electric vehicles through 2025, and supports the company’s longer-term goal to create a sustainable American manufacturing ecosystem, and “to accelerate its progress towards achieving carbon neutrality, backed by science-based targets in line with the Paris Climate Agreement,” the company said in the statement. Overall, Ford expects 40% to 50% of its global vehicle volume to be fully electric by 2030.

Ford’s new Tennessee assembly plant is designed to be carbon neutral with zero waste to landfill once fully operational, the company added. The plant’s goal is to have a regenerative impact on the local environment through biomimicry in design of the facility. In addition, the $5.8 billion BlueOvalSK Battery Park is to be built in central Kentucky, consisting of twin battery plants that will power a new lineup of Ford and Lincoln EVs, which will create 5,000 jobs, Ford claimed in a statement.

Including space for suppliers inside the facility was important, COO Lisa Drake said, as Ford tries to take more control of its parts supply chain, CNN reported. “The EV future is going to transform over the next few decades, and we want to be able to grow the capacity as the EV market expands,” she stated.

Indeed, several automakers have had to halt production due to chip shortages, including Ford who announced last month it would temporarily shutter its Kansas City assembly plant that builds its best-selling F-150 pickup truck due to a semiconductor-related part shortage.

Shares of the automaker closed Monday up by 2.8% to $14.16 a share, a 113% increase since Farley became CEO on Oct. 1, according to CNBC. Farley, however, told CNBC that he isn’t satisfied with the company’s current market valuation at $56 billion. It trails other key competitors — including General Motors at $77.5 billion or EV market leader Tesla at $755.5 billion — and Farley believe shares have “absolutely” more room to run. “There’s a growing confidence that Ford will be one of the winners in this new digital transformation in the industry,” he said.

In a research note sent to GOBankingRates, CFRA said it reiterated its “Buy” opinion on Ford. “Our adjusted EPS estimates remain $1.55 for ’21 and $2.00 for ’22,” CFRA analyst Garrett Nelson noted. “Management said they do not expect to issue any additional debt to fund the plants, having positive implications for the company’s future operating cash flow.

Nelson added that Ford shares are moving higher, as the announcement helps reassure investors at a time when many are on edge about the duration and impact of semiconductor shortages, which has inordinately impacted Ford relative to other automakers.

“We continue to view Ford’s EV strategy among the most prudent and balanced of the major OEMs, as it gradually phases in EV models in tandem with growing demand and satisfying consumer appetite for having the option to buy EV versions of existing models,” he concluded.