Pharmacy retailer CVS offers everything from flu vaccines and beauty products to home cleaning products and passport photos. The company has tried to differentiate itself from other drugstores with an emphasis on health, including ending its sales of all tobacco products in 2014 and purchasing all Target pharmacies in 2015. Here’s a breakdown of other factors that can help investors decide whether to buy this stock.

When investors want to know the size of the company, they look at market capitalization, or the total dollar worth of the company’s stock. To find this number, they multiply the number of outstanding shares with the current market price of one share. CVS’s market cap low stands at $61.1 billion, and it has a market cap high of $85.4 billion. Stock prices, however, appear to have been trending downward since mid-2015.

Check Out: 20 Companies That Quietly Downsized in 2017

Although market cap gives you a sense of what the market values a company at, the number is based on hundreds of factors, big and small, that boil down to market volatility.

The GOBankingRates Evaluation of a company’s net worth, however, considers figures like assets and revenue, using a company’s last three fiscal year income statements to draw a conclusion of its value.

Based on CVS’s revenue and profits from the last three years, CVS is worth just over $150 billion.

CVS’s sheer volume of prescription revenue alone makes it the largest drugstore retailer in the U.S. as of February 2018. It is currently undergoing an ambitious merger with healthcare provider Aetna. CVS plans to borrow $40 billion through one of the largest debt packages ever sold in order to fund the merger.

The deal would be a huge boon for CVS, which has struggled in the past against lucrative competitors drawing away partners. In 2016, the CVS share price fell by 18 percent due to network changes, such as military healthcare provider Tricare ditching CVS and teaming up with Walgreens. The CVS-Aetna merger seems robust, but investors might want to consider ethics when evaluating the company. A whistleblower filed papers against CVS Caremark, the company’s prescription benefit management subsidiary, in May 2018, alleging it overbilled the government in a pricing scheme, according to Cleveland media outlet WKYC.

CVS stands for Consumer Value Stores, the name it started using a year after its 1963 founding by brothers Stanley and Sidney Goldstein and their partner Ralph Hoagland. One of the company’s notable milestones occurred in 2001, when it became first national pharmacy retailer to offer its customers a loyalty program. 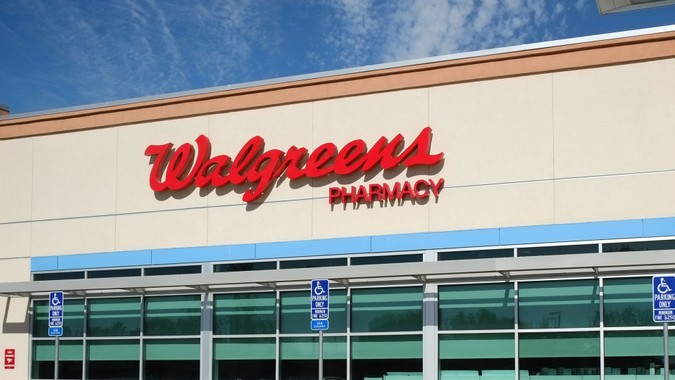 How Much Is Walgreens Worth?

Learn about Walgreens' revenue and other stats before investing.

GOBankingRates > Money > Business > How Much Is CVS Worth?