At long last, the airplanes that carry the president will be getting an upgrade — a $3.9 billion upgrade, to be precise. News broke Tuesday of an “informal agreement” between Boeing and President Donald Trump that nailed down the cost for upgrading the two 747-8s purchased last August, with the White House claiming that the final price represents a $1.4 billion savings for the American taxpayer.

Keep reading to find out how President Trump spends his money.

The two jets that currently serve as Air Force One first began service in 1990 under then-President George H.W. Bush and are nearing their planned end of service. But they still have to last for a few more years, at least. The new planes aren’t supposed to be available until 2021, and even then, Air Force testing takes years and could delay delivery.

The contract for the new airplanes has been the subject of an unusual level of public scrutiny dating back to a December 2016 tweet in which the president accused Boeing of unnecessary cost overruns. Of course, that tweet claimed that costs were “more than $4 billion,” which was inconsistent with the story that Trump had saved taxpayers $1.4 billion. The $3.9 billion price tag agreed upon is largely in line with the $4 billion in projected costs from December 2016, but the White House is now claiming that cost estimates were always in excess of $5 billion and that the president had “bad information” in 2016.

Of course, one place where the country did save money was in opting to purchase existing jets rather than having Boeing build the planes from scratch. Boeing had two 747-8s in storage that had been built and flight-tested for the now-defunct Russian airline Transaero that they were ready to offer a discount on after Transaero went bankrupt in 2015.

The initial cost of the aircraft is a fifth of the entire project’s price tag, with pricey security and communication upgrades making up the bulk of the cost. Air Force One is designed to be able to refuel without landing and securely communicate from anywhere, and features a medical suite that can double as an operating room.

Oh yeah, and the plane will feature facilities that can feed up to 100 people at a time, including two huge new refrigerators that carry a price tag of $24 million. That should be room for a whole lot of leftover KFC …

Up Next: Crazy Financial Perks of Being President 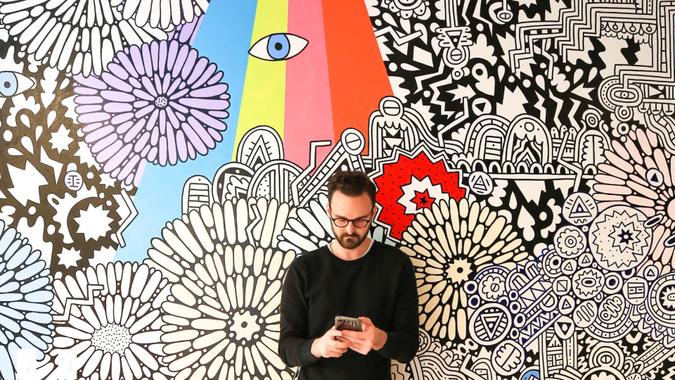 The 30 Best Tech Companies to Work for This Year

Discover the best places to work in the tech sector.