President Donald Trump indicated in a tweet on Friday that he had asked the Securities and Exchange Commission to consider the impact of letting companies file earnings reports every six months instead of quarterly, as they do now. The president said that this would allow greater flexibility and save money.

In speaking with some of the world’s top business leaders I asked what it is that would make business (jobs) even better in the U.S. “Stop quarterly reporting & go to a six month system,” said one. That would allow greater flexibility & save money. I have asked the SEC to study!
— Donald J. Trump (@realDonaldTrump) August 17, 2018

The president technically has no authority over the SEC, which is an independent agency led by a commission. A change such as the one the president has proposed would have to be voted on by the commissioners who are appointed by the president.

Click to read about how Trump’s tax plan could save your business 20 percent.

Reducing the number of filings from four to two could reduce the company’s costs related to producing the reports. Investors might be concerned that it would reduce transparency around a company’s performance, making it more difficult to make informed decisions about their investments.

Find Out: 7 Stocks That Have Soared Under Trump’s Presidency

Trump’s own businesses would be unaffected by the change, at least at the present time. The Trump Organization is a privately-held conglomerate. If Trump were to take any of his companies public, however, they would likely benefit from a less rigorous reporting requirement.

Investors have generally asked for greater transparency, but some company executives have argued that reporting too often “creates an unhealthy focus on short-term targets,” according to Reuters. Large corporations, many of which are Trump supporters, would likely benefit from the proposed change, and this might be behind the president’s suggestion.

The company leaders — including the heads of Apple, Boeing and Fiat Chrysler Automobiles, whom Trump recently hosted at his private golf club in New Jersey — would likely be in favor of less frequent reporting. Capital market rules are not traditionally a partisan issue, but a major rule change like this would likely be opposed by two of the SEC’s commissioners, Robert Jackson and Kara Stein. The two Democratic-leaning appointees have generally advocated for strong corporate governance, Reuters reported.

Also See: These Huge Corporations Own Your Favorite Brands

The Trump administration has indicated that the decline in SEC listings is due to red tape. Executives said the change in reporting requirements would cut costs of compiling and filing results as well as remove short-term distractions for companies, according to Reuters.

The SEC has not commented on the president’s suggestion.

Click to keep reading about how President Trump’s tax rate stacks up against his predecessors’. 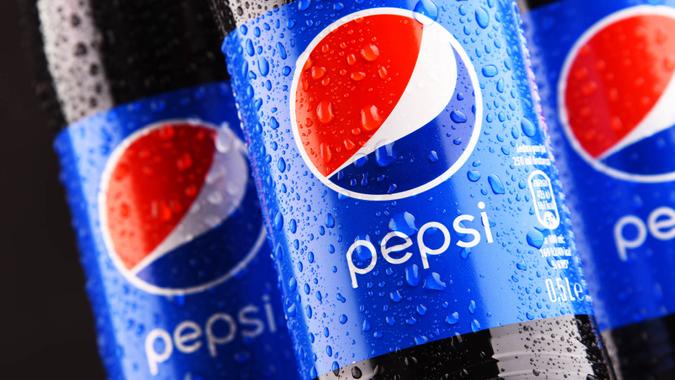