Delta Variant Not a Big Impediment to Returning to Work, Survey Finds 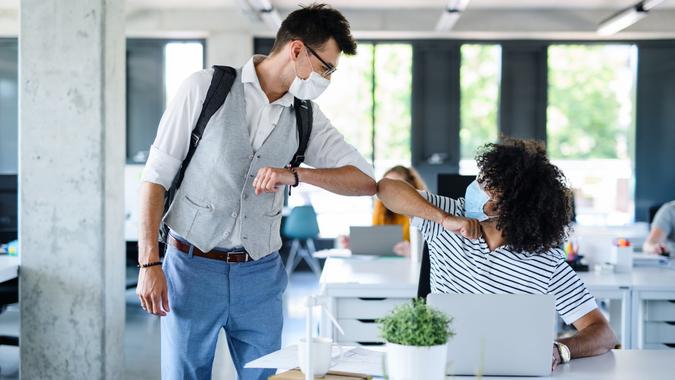 The COVID-19 Delta variant hasn’t had as big an impact on return-to-work plans as some might have thought, according to a new survey of human resources professionals and other workers. However, there is a big divergence on how employees perceive the long-term impact of the pandemic on the workplace.

The TINYPulse State of Employment Engagement Q3 survey, conducted in August and released on Thursday, polled more than 600 HR professionals along with 100 other employees about various items regarding returning to work during the pandemic.

Among its more surprising findings: Only 8.4% of HR/people leaders said that their return-to-work plans were impacted “a great deal” by the Delta variant, while 18.4% said the variant did not affect their RTW plans at all. The majority reported that the variant “somewhat impacted” their organization’s RTW plans.

Dr. Elora Voyles, Industrial Organizational Psychologist and People Scientist at TINYpulse, said even she and other members of the research team were surprised by that part of the survey.

“This certainly did not align with what was being trumpeted in the press about how organizations like Microsoft and Amazon had to suddenly change their return to the office approach due to the uptick in infections attributed to Delta,” Voyles shared in an email to GOBankingRates.

Possible reasons the variant was not more impactful are that more organizations had already shifted to a hybrid or remote work policy, or had not made a formal decision regarding returning to the office, she added.

“If Delta had surged in Q4, when more organizations had formalized plans that needed to be reversed or amended, we might’ve seen a higher number of leaders reporting greater impact,” Voyles wrote.

The survey also found that 74% of employees “agree or strongly agree” that once the pandemic is over, work life will return to business as usual. That compares to only 42.8% of HR leaders. The large discrepancy indicates that HR /people leaders perceive a bigger long-term impact from the pandemic. This probably has to do with the nature of HR work, Voyles said.

“Some of the common HR challenges include how to deal with a surge of mental health challenges, juggling office re-opening, deciding whether to mandate vaccines, how to hire remotely, how to onboard remotely and how to equip managers to deal with handling these rapid changes, too,” she said. “We believe this sudden shifting of responsibilities and priorities drive why HR feels that it is much less likely to return to business as usual after the pandemic than employees.”

A couple of other interesting findings from the survey include the following: