Economy Got a Jumpstart in First Quarter, as GDP up 6.4% 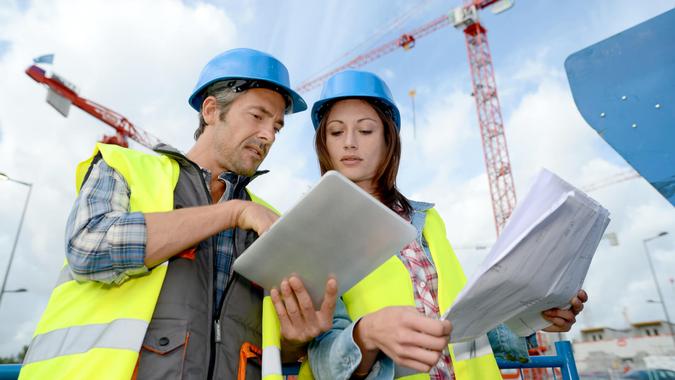 Stimulus checks and increased vaccinations are fueling more good news from economic indicators this week. Real gross domestic product increased at an annual rate of 6.4% in the first quarter of 2021, according to the Bureau of Economic Analysis.

See: What Summer 2021 Could Look Like for Industries Hurt by the Pandemic, According to Experts
Find: What Is the GDP – and What Does It Have to Do With You?

This figure compares to a GDP increase of 4.3% in the fourth quarter of 2020 and is almost in line with what economists estimated — 6.5% — according to economists surveyed by The Wall Street Journal.

“The increase in first quarter GDP reflected the continued economic recovery, reopening of establishments, and continued government response related to the COVID-19 pandemic,” according to the BEA, which notes that in the first quarter, government assistance payments, such as direct economic impact payments, expanded unemployment benefits and Paycheck Protection Program loans, were distributed to households and businesses through the Coronavirus Response and Relief Supplemental Appropriations Act and the American Rescue Plan Act.

The first-quarter increase in GDP reflected increases in consumer spending, business investment, government spending and housing investment that were partially offset by decreases in inventory investment and exports, according to the release.

See: With an Extra $5.4 Trillion in Savings, Are Global Consumers Primed for a Massive Spending Boom?
Find: Worst Periods for the American Economy Since 1900

The Fed yesterday said that while the COVID-19 pandemic is causing tremendous human and economic hardship across the United States and around the world, “amid progress on vaccinations and strong policy support, indicators of economic activity and employment have strengthened.”

Fed Chair Jerome Powell said at a press conference yesterday following the Fed’s meeting that “the economy is a long way from our goals and is likely to take some time for substantial further progress to be achieved,” according to CNBC. “We expect to maintain an accommodative stance to monetary policy until these employment and inflation outcomes are achieved.”