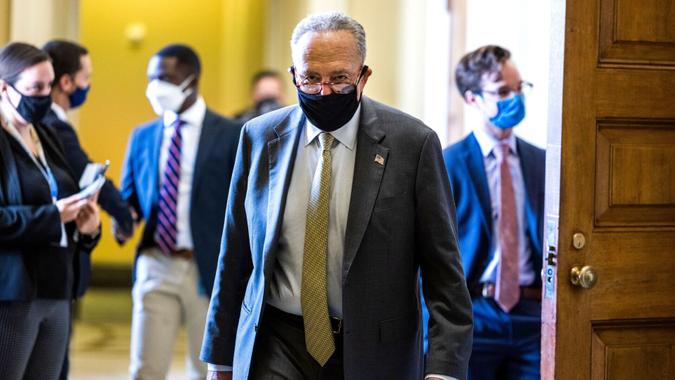 With just hours to spare, the Senate finally voted through a measure to fund the government through Dec. 3 after weeks of political standoff and quietly waiting markets.

See: 8.5 Million Tax Refunds Have Yet to Be Sent – What To Do If You Haven’t Received Yours
Find:  How a Lower US Credit Rating Impacts You

The measure will now be passed off to Congress, where it is expected to easily pass through to prevent a partial government shutdown when the new budget year officially begins on Friday.

The stopgap measure was voted through in the Senate 65-35 with bipartisan support. It then went through the House, passing by a 254-175 vote in favor. It is now heading to President Joe Biden for his signature, which is needed before it goes into effect.

The end to the standoff comes after months of political infighting and negotiations between Republicans and Democrats that markets largely responded to with tepid expectations. Should the Senate have voted No, the government would face a shutdown and not be able to meet its financial obligations through the end of the year, resulting in default.

The United States has never defaulted in its history, despite having come close several times. This year in particular was of significant financial strain as a result of the coronavirus pandemic and the economic turmoil that followed.

While this measure temporarily keeps the government-funded, the government is still divided as to exactly how the funding should happen. Republicans want Democrats to vote through an official long-term funding decision on their own. According to U.S. Treasury Chair Janet Yellen, they have until Oct. 18 to make a decision before the Treasury runs out of money.