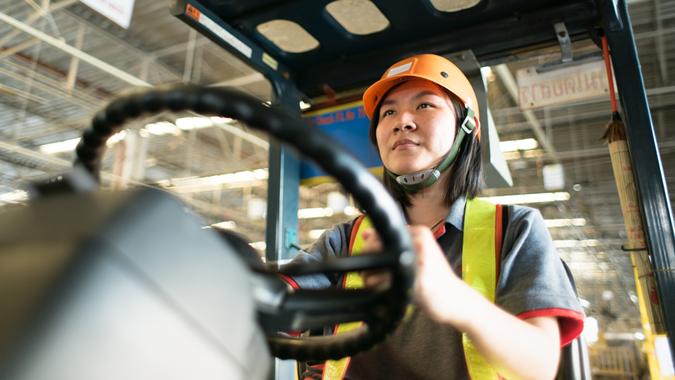 The weekly number of unemployment claims finally showed a significant decrease, standing at 684,000, exceeding economists’ expectations in a sign that the economy might be recovering. These are the lowest number in a year, when unemployment claims stood at 282,000 for the week ending March 14, 2020, according to Labor Department data.

See: US Economy ‘On Brink of Complete Recovery’ According to This Top Official
Find: Long-Term Unemployment Is Uniquely Hard on Asian-Americans

For the week ending March 20, the weekly number of unemployment claims decreased to 684,000, a 97,000 decrease from the previous week’s level, according to the Labor Department.

See: 22% of Americans Who Lost Their Jobs During the Pandemic Remain Unemployed, Survey Reveals
Find: How Women in the Workplace are Faring Due to the Pandemic

An accelerated vaccination pace combined with the $1.9 trillion American Rescue Plan are helping to start reopening the economy.

The Wall Street Journal reports that economists it surveyed this month raised their average forecast for 2021 economic growth to 5.95%, measured from the fourth quarter of last year to the same period this year, from a 4.87% projection in February’s survey. The higher figure would mark the fastest such pace in nearly four decades, according to the WSJ.

See: Unemployment in the US Now vs. a Year Ago
Find: Raising the Minimum Wage Is Great for the Economy – Especially If We Do It All the Time

Fed Chairman Jerome Powell, when announcing last week that the Fed would not raise rates until 2023, said that the economic recovery will depend on the course of the virus.

At the conclusion of the Fed’s two-day Federal Open Market Committee meeting, Powell reiterated that statement and added, “The economic fallout has been real and widespread” but noted that “some of the very worst economic outcomes have been avoided by swift actions.”