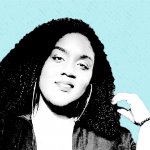 Visual artists are finding their space to gain popularity on social media and turn their art into lucrative businesses. Viral TikTok and YouTube star Simji is doing just that with her creative business of tufted rugs. She fell in love with making rugs after scrolling through social media and seeing custom rugs that caught her eye — which soon sparked her art-making senses after a year of taking a break. She began creating custom rugs via social media and documents her creative process on TikTok, Instagram and YouTube.

Now, Simji has more than one billion views on all platforms and turned her artistic hobby into a monetized business. Simji had the opportunity to chat with Jaime Catmull on the Live Richer Podcast and here we chat about her rise to social media fame.

How did you get into making rugs?

During the pandemic, I was scrolling through Instagram on my phone when I came across a page that sold custom tufted rugs. I thought it was the coolest thing ever because up until then I had never seen rugs that were more than the traditional circle or rectangle. By then, I hadn’t done art in a little over a year and really missed it and wanted to try [it] myself. At that point, it was just an interest, but then I showed it to my manager, Kai, and we did some research on the rug tufting content out there. It suddenly became a lot more than that.  We noticed that most of the videos out there at the time were either tutorials, process videos, or videos with the goal of selling custom rugs and supplies, so we made it our goal to start creating entertainment-based rug tufting content and fill a gap.

When did you decide to start promoting your work on TikTok and other social media channels?

Why do you think people enjoy your videos so much?

There are several components to what make the videos interesting and entertaining. When thinking of a video idea, I ask myself, “Why would anyone want to watch this video? What value does this bring to the viewer?” If I can’t answer, then I won’t make that video. The visuals of the process of actually making the rug are really interesting. I would assume that most people in the world know what a rug is but haven’t seen one being made so it is intriguing! It is also the conversation I have with the viewers through the videos and comments. I engage with them all the time and I always try to come up with ideas that keep things fresh.

How do you decide what to make?

Besides asking myself, “Why would anyone want to watch this video? What value does this bring to the viewer?” I also look at my comments for ideas! My audience is amazing and so creative! I genuinely enjoy creating the videos and rugs based off of comments. Sometimes, I accidentally come across a series! Tak[e] the rock series as an example, I saw a comment that asked for “the rock” but I accidentally read it as “a rock.” I thought it was hilarious. When I literally made a rock and went to upload the video, I saw that I misread the comment and thought this made it even better. That video now has almost 48 million views just on TikTok at this time. The best part is that the video unintentionally started a series where people ask for different kinds of “rocks” like “Dwayne the boulder Johnson”, “Dwayne the grain of sand Johnson”, “Dwayne the crystal Johnson”, and more. When I look at my audience’s comments, it’s just never-ending content ideas! Of course, I made an actual portrait of Dwayne Johnson like the original comment actually requested, and appropriately named it “Dwayne the Rug Johnson.” The portrait rug actually has almost four million views on TikTok at this time. Over time, I’ve learned that bigger, fancier rugs don’t mean better performance on social media.

How were you able to grow your followers?

My goal was to be able to reach a broad audience by creating entertainment style content that would be interesting to people regardless of their interest in rug making or art. [Similar] to the video ideas, I would ask myself, “Why should someone follow me?” and give them a reason to follow. When I first started, I put in my TikTok bio that I would be making one rug a day until I hit one million followers. The people watching my videos would read my bio and want to follow to be a part of making that happen. Over time, I saw that it became a collective goal and it was “we” did it rather than “I” did it. Because it is! Of course, there were more things along the way like the profile rug series I created that generated a lot of attention. I actually had to remove the majority of those videos because it was so popular that it was affecting my other content. One video got more than 900,000 comments of people wanting to get picked to have their profile picture made into a rug. They would comment on my other videos about this series and I didn’t want to be known for or get “stuck” making just profile picture rug content, so I removed them.

What advice would you give people wanting to display or monetize their work on different social media platforms?

I know it sounds cheesy, but before anything, I always tell people to make sure they are themselves and go into something that they genuinely like and care about. Of course, your interests might change and evolve and that’s okay!! You never want to be in a position where you have a large following and realize that you will have a very difficult time removing your mask. If you go into something that you care about, it will be less difficult to push through the downs because that is when people usually quit. And there will always be ups and downs.

Displaying your work is not enough. There needs to be more than just “me and my work.” Think about how it will bring value to the audience in whatever way, rather than thinking about what you want out of it. Your audience will know the difference! When you later decide to monetize your work, you will have more of a dedicated audience who will want to support you, just like you supported them.

Out of all the platforms, what one has helped you the most in growing your brand and business?

I believe it is incredibly important to upload on as many platforms as possible to reach as many people as possible, but I think TikTok and YouTube have been the most helpful.

The organic reach on TikTok is insane! There is basically no other platform where you can upload your “random” first video and get 40 million views on it. TikTok also allows the viewers to tag other users and creators, unlike YouTube. It has helped me reach big influencers and companies with the help of my audience when I made videos of tufting a rug of them or their logo.

YouTube has just been amazing. To me (and many other creators) YouTube feels more consistent and reliable. I love that the lifespan of the videos [is] so long on YouTube. You can upload a video and have it blow up 8 months later, even if it didn’t perform that well in the beginning. Oftentimes, TikTok will be described as [a] random success and YouTube a career. Of course, this is not the same for everyone!

What is your ultimate goal with your business and art?

My ultimate goal is to create never-seen-before content, build a community, provide value for the viewers in whatever way that may be – joy, inspiration, motivation, etcetera- and make a positive impact in the world.

Amen joined the content team in January 2019 and brings a diverse background of digital, broadcast and print journalism to the team.She currently serves as the Executive Producer for our podcast Live Richer Podcast with Jaime Catmull. Before she joined the GBR family, Amen was a film writer at Bustle.com, where she explored the cinematic portrayals about people of color. She formerly was a host on Dr. J The Counselor Show on LA's 102.3 KJLH. She has also had her work featured on NPR's/KCRW, Fox Entertainment News, Los Angeles Sentinel Newspaper, Blavity and PilatesStyle Magazine.
Learn More