Ariana Grande’s Wealth Continues To Grow: A Look at Her Net Worth 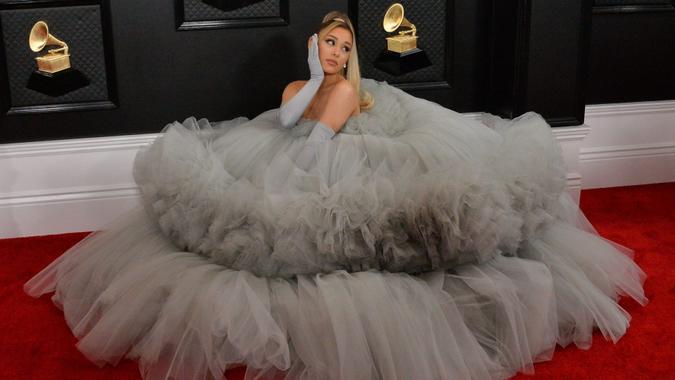 In 2008, Ariana Grande made her debut in the Broadway show “13,” playing a cheerleader named Charlotte. Buoyed by her success — she won a National Youth Theater Association Award — she starred on TV and eventually began working on her own music (featuring artists like Mac Miller). In 2013, she released her first album, “Yours Truly,” which hit No. 1 on the Billboard 200. According to Celebrity Net Worth, that album sold between 100,000 and 120,000 copies in the first week of its release.

Grande’s success has added up to a very significant amount of money in her bank accounts. Ariana Grande is estimated to be worth a whopping $180 million. Keep reading to find out more about how she’s made that money.

Grande followed up her first album with a sophomore release, “My Everything,” a year later in 2014. The two albums sold more than 2 million copies worldwide. She followed that up with a third album in 2016, “Dangerous Woman.” The tour for that album grossed $71 million, making it one of the highest-grossing tours in 2017.

In 2019, two of Grande’s albums reached No. 1 within six months of one another: “Sweetener” and “Thank U, Next.” That year was a major moneymaker for her as she became the youngest female artist to headline the Coachella Valley Music and Arts Festival, where she is said to have earned $8 million.

Grande’s music has paid off in spades. On average, she earns between $20 million to $30 million in a given year. But between June 2018 and June 2019, she earned $50 million, and another $70 million between June 2019 and June 2020, from music and other endorsements. Her “Sweetener World Tour” was said to gross $1 million at each stop of the tour.

Grande has not just earned money from singing, but from endorsements with some big brand names. She put out her own limited edition handbag with Coach in 2016; introduced lip shades for MAC Cosmetics (and donated all proceeds to the MAC AIDS Fund); debuted her own fashion line with Lipsy London; and worked with Brookstone and artist Wenqing Yan to create cat ear headphones.

She has also worked for companies including Reebok, Starbucks, Givenchy, Macy’s, T-Mobile and Apple. Banking on her image of “sweetness,” she has put out seven fragrances with Luxe Brands, which have earned more than $150 million since 2015.

She has also engaged in a variety of philanthropic efforts to raise money for causes she believes in, not the least of which was the One Love Manchester concert, an event that raised funds to aid the victims of the Manchester Arena bombing of 2017, when 22 people were killed at one of her concerts in the U.K.

Grande has been able to pay for luxurious living spaces with her immense earnings. She currently rents in a 6,000-square-foot home in Beverly Hills, California, with a view of the Hollywood Hills and a pool and hot tub. However, in the past, she has purchased a $13.7 million home in the Hollywood Hills, a $6.75 million home in Montecito, California (formerly Ellen DeGeneres’ home), and a $9 million Los Angeles home.