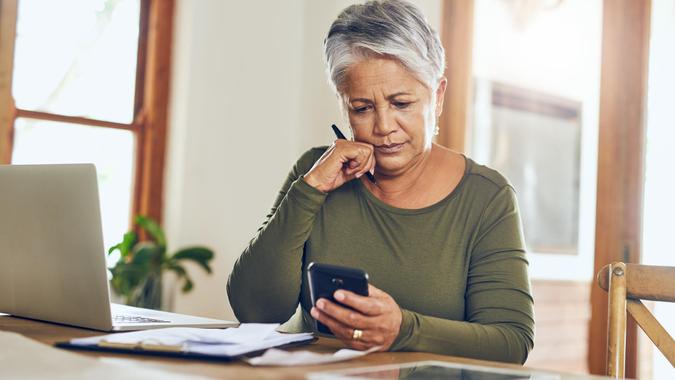 Women are 80% more likely to live in poverty than men, according to AARP, and among those who draw Social Security benefits, 42% of women receive more than half of their income from Social Security and 15% rely on Social Security for 90% of their income. Too few women save for retirement, which is why AARP and the Ad Council have announced the launch of the “We Say Save It” campaign to help combat poverty for women in retirement.

See: Simple, Effective Ways to Set Yourself Up for a Financially Secure Future
Find: What to Consider When Choosing a Mortgage Lender

When it comes to financial planning and saving, women typically face more challenges than men. According to the U.S. Department of Labor, women are more likely to work part-time, with part-time workers making up 30% of all female wage and salary workers in 2020, and they’re less likely to have employer-sponsored retirement plans. Women are also more likely to leave the workplace to care for others, such as a child or sick family member. In addition, women are less likely to save for retirement, despite spending more time in retirement than men.

The pandemic has only exacerbated the problem. Twenty-two percent of women dipped into their retirement savings or stopped contributing since the pandemic began, AARP noted.

See: How Women Can Conquer Their Financial Fears & Anxiety
Find: 10 Tips for Women Who Want to Invest

The “We Say Save It” campaign is urging women to save 2% of their income for retirement, or save 2% more than they are currently saving.

The AARP and the Ad Council campaign also encourage women to say “Save it” to those who spread negative and old-fashioned information related to women and money.

“This latest iteration of the Saving for Retirement campaign focuses on shutting down negative and false stigmas related to women and money, with the goal of urging women to take action and utilize the helpful resources offered on WeSaySaveIt.org, to better prepare for their retirement,” explained Michelle Hillman, chief campaign development officer at the Ad Council.