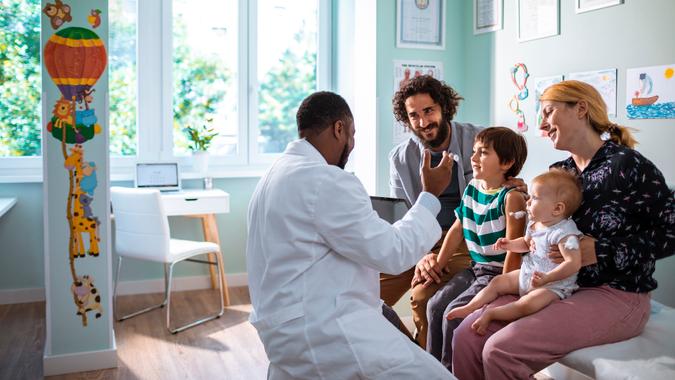 One out of three working Americans have seen a rise in health-care costs this year, and about half of those chose to decrease their retirement savings to help pay for it, according to a new survey by the Employee Benefit Research Institute.

See: 6 Important Things Many Americans Don’t Know About the Cost of Medicare
Find: Medical Expenses You Can Deduct From Your Taxes

The ERBI’s 2021 Workplace Wellness Survey, conducted in July and released on Thursday, also found that nearly half (49%) of workers are “at least moderately concerned” about their household’s financial well-being and about two-thirds say debt is a problem.

Retirement and emergencies are the top sources of financial stress, with just more than six in 10 respondents saying they feel stressed when thinking about their financial future. That was down from seven in 10 in 2020, during the height of the COVID-19 pandemic.

Among workers whose healthcare costs have risen in 2021, about half (49%) opted to decrease their contributions to a retirement plan, the survey found. A similar percentage delayed going to see a doctor. More than 2,000 full- and part-time employees took part in the online poll.

Cutting retirement savings is particularly troubling because so many workers in the U.S. don’t have much money saved up elsewhere. The EBRI survey found that more than half of respondents (54%) said their retirement money is the only significant emergency savings people have.

Another potential problem down the road is that many Americans will have to depend heavily on retirement savings to help pay for healthcare once they are retired because Medicare simply won’t cover those costs.

As GOBankingRates recently reported, the total projected lifetime healthcare cost for a 65-year-old retiring with Medicare coverage and supplemental and dental insurance was $321,994 as of 2017, according to estimates from Healthview Insights. That number is expected to grow to $404,523 when you add in deductibles, hearing, vision, copays and dental costs.

Overall healthcare costs in the U.S. are expected to rise 8.4% in 2021 vs. last year, CNBC reported, citing data from Milliman, a consulting firm.