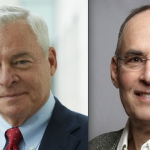 The oil industry’s lobbying arm, the American Petroleum Institute, suggested in a new draft statement that it might support Congress putting a price on carbon emissions to combat climate change, even though oil and gas are major sources of those greenhouse gas emissions.

See: It’s Electric: EV Stocks Could Pop in 2021
Find: VW Will Join Tesla as an EV Superstar by 2025, According to UBS

An industry calling for a tax on the use of its products sounds as bizarre as “man bites dog.” Yet, there’s a reason for the oil industry to consider that shift.

With the election of President Joe Biden and rising public concern about climate change, Washington seems increasingly likely to act to reduce greenhouse gas emissions. The industry and many economists and regulatory experts, ourselves included, believe it would be better for the oil industry – and for consumers – if that action were taxation rather than regulation.

There are a few ways to set a price on carbon. The most straightforward is a carbon tax. The price is designed to reflect all the harm done by greenhouse gas emissions, such as the impact of heat waves on public health.

A tax on carbon emissions would likely be imposed on firms that produce oil, gas, coal and anything else whose use results in carbon emissions. While companies would be taxed, they would pass those costs on to consumers.

See: In Spite of Recent Drops, Could Oil Be Headed for a Bullish Market?
Find: Wells Fargo Aims for Net Zero Carbon Emissions by 2050

The tax gives everyone incentives to reduce their contributions to carbon emissions by, for instance, fixing leaky windows, buying an electric vehicle or making a factory more efficient. In addition, the revenue from the carbon tax could be rebated to consumers in a variety of ways. Thus, if the tax is high enough, everyone from the biggest corporation to the most modest homeowner would have a strong incentive to search out the most cost-effective ways to cut carbon emissions.

In contrast, regulations put federal agencies in charge of deciding how best to reduce emissions. Regulators in Washington often know far less than individual factory owners, homeowners and others how to cut those factories’ and homes’ emissions most cost-effectively and thus reduce the cost of the tax for those people. Regulation comes with procedural requirements that impose paperwork expenses and delays on businesses, too.

Regulators can also be subject to pressure from members of Congress and lobbyists to do favors for campaign contributors such as, for example, not regulating emissions of favored industries stringently or regulating in ways that protect favored industries from competition. In the 1970s, one of us, David Schoenbrod, was a Natural Resources Defense Council attorney who sued under the Clean Air Act to get the EPA to stop the oil industry from adding lead to gasoline. That experience laid bare the accountability problem: The statute allowed Congress to take credit for protecting health, but lawmakers from both parties lobbied the agency to leave the lead in, and then Congress blamed the agency for failing to protect health.

The upshot, in our view, is that regulation could produce less environmental protection bang for the buck than a carbon tax.

As then-presidential candidate Barack Obama stated in 2008, with regulation, agencies dictate “every single rule that a company has to abide by, which creates a lot of bureaucracy and red tape and oftentimes is less efficient.”

What will Congress do?

On March 2, a new major climate bill was introduced in Congress. It reflects many of Biden’s climate strategies, but it sticks to regulation rather than considering a carbon price.

See: How Climate Change Will Affect Your Investment Opportunities
Find: Joe Biden’s Plans for the Shocking Costs of Climate Change

The CLEAN Future Act, introduced by the ranking Democrats on the House Energy and Commerce Committee, directs regulators to reduce greenhouse gas emissions to zero by 2050. The centerpiece of the bill is a national clean electricity standard, which focuses narrowly on electricity generation and, we believe, misdefines the climate problem as too little clean electricity rather than too much carbon being emitted from all sources.

The bill’s 981 pages are jam-packed with regulatory mandates and leave plenty of opportunity for legislators to blame regulators for both the failure to achieve the act’s goal and the burdens of trying to do so. Besides, most of the legislators who would vote for such a bill will be out of office long before 2050.

A carbon tax could be passed decades before 2050. Whether it will be set high enough to do the job remains to be seen, but we will know exactly which elected officials to blame or applaud for their attempt to tackle climate change. Government will be transparent, as it and a clean atmosphere should be.

What’s at stake in the choice between taxing carbon and regulating it is not how much we will cut emissions – Congress can set the tax, and thus the reduction in emissions, as high as it wishes. What is at stake is whether the choice of how to cut carbon will be made by the businesses and people who emit it or by regulators, legislators, and lawyers and lobbyists working for business and advocacy organizations.

[You’re smart and curious about the world. So are The Conversation’s authors and editors. You can get our highlights each weekend.]

Richard Schmalensee served as the John C Head III Dean of the MIT Sloan School of Management from 1998 through 2007. He was a member of the President's Council of Economic Advisers from 1989 through 1991 and served for 12 years as Director of the MIT Center for Energy and Environmental Policy Research. Professor Schmalensee is the author or coauthor of 11 books and more than 120 published articles, and he is co-editor of volumes 1 and 2 of the Handbook of Industrial Organization. His research has centered on industrial organization economics and its application to managerial and public policy issues, with particular emphasis on antitrust, regulatory, energy, and environmental policies. He has served as a consultant to the U.S. Federal Trade Commission, the U.S. Department of Justice, and numerous private corporations. Professor Schmalensee is a Fellow of the Econometric Society and the American Academy of Arts and Sciences. He was the 2012 Distinguished Fellow of the Industrial Organization Society. He has served as a member Executive Committee of the American Economic Association and as a Director of the International Securities Exchange and other corporations. He is a Director of the National Bureau of Economic Research and Chairman Emeritus of the Board of Directors of Resources for the Future. A pioneer in the field of environmental law, David Schoenbrod was at the forefront of environmental justice, taking on big business. Now, his concern has turned to Congress evading accountability to voters. Professor Schoenbrod’s most recent book, DC Confidential: Inside the Five Tricks of Washington, shows how politicians from both parties take credit for popular promises, but avoid blame for unpopular consequences and points the way to stopping the trickery. He also frequently contributes to the editorial pages of The Wall Street Journal, The New York Times, and other newspapers and periodicals. Professor Schoenbrod is a co-leader for Breaking the Logjam: An Environmental Law for the 21st Century project, along with New York University (NYU) professors Richard Stewart and Katrina Wyman. The project is a joint undertaking of NYLS, NYU School of Law, and NYU’s Environmental Law Journal. Professor Schoenbrod began in law practice as Director of Program Development at the Bedford Stuyvesant Restoration Corporation. He then was a staff attorney for the Association of the Bar of the City of New York Committee on Electric Power and the Environment before heading to the Natural Resources Defense Council (NRDC) where he led the charge to get lead out of gasoline, helping to dramatically reduce the amount of the brain-damaging contaminant in the air. At the NRDC, Professor Schoenbrod also served as Co-Director of the Council’s Project on Urban Transportation with Professor Ross Sandler. They co-authored A New Direction in Transit, a plan to renovate the city’s subway system that was endorsed by all the city’s major newspaper editorial boards and ultimately adopted by the Metropolitan Transportation Authority. Professor Schoenbrod’s widely-praised 1993 book, Power Without Responsibility: How Congress Abuses the People Through Delegation, was the genesis for legislation in Congress and litigation that went to the Supreme Court. Also widely-praised is a second book, Democracy by Decree: What Happens When Courts Run Government, written together with Professor Ross Sandler. The Supreme Court cited it in adopting the book’s most important recommendation. Professor Schoenbrod’s academic career includes former positions at Yale Law School and NYU School of Law. He is a member of the Board of Advisors for the New Civil Liberties Alliance, a member of the Advisory Council for the C. Boyden Gray Center of George Mason University, and a member of the American Law Institute, the Federalist Society, and the Heterodox Academy. As a member of the American Tree Farm Association, Professor Schoenbrod has managed a woods at his country home in the Adirondacks.
Learn More