Why Biden’s Proposed Tax Hikes Are a Bad Move 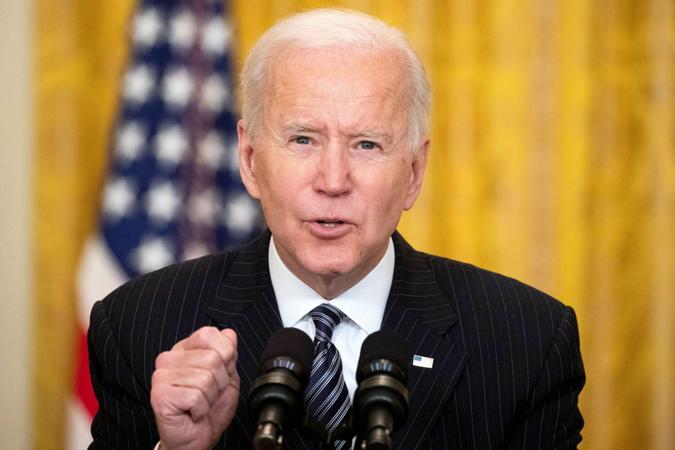 During the 2020 campaign, then-candidate Joe Biden promised to raise taxes on wealthy Americans and big corporations. He said it was needed to pay the ever-growing mega-tab for COVID-19 stimulus and to jog the economy with credits for working families. But not all economists and policy experts are cheering for the first major tax increase since 1993.

See: Do You Support a Biden Tax Increase? Take Our Poll
Find: Why Biden’s Proposed Tax Hikes Are a Good Move

Thomas L. Hogan, Ph.D., a senior research fellow at the economic research and advocacy think tank American Institute for Economic Research, is one of the many experts who are unambiguous in their feelings on the matter.

“Biden’s tax proposal would be a disaster for small businesses, minorities and low-skilled workers,” Hogan said.

According to the nonpartisan, nonprofit Tax Foundation, the president’s proposal includes a collection of significant tax increases both for wealthier individuals and for corporations. It would roll back key portions of Donald Trump’s signature 2017 Tax Cuts and Jobs Act while also expanding or restoring the child tax credit, earned income tax credit, the first-time homebuyer’s tax credit and other important tax breaks for working families.

See: Biden’s American Rescue Plan Will Lower Taxes by an Average of $3,000
Find: Don’t Miss These 4 Tax Breaks in the $1.9 Trillion Stimulus Plan

For businesses and corporations, the plan would:

For Some, the New Business Taxes Are a Bridge Too Far

Even some of the experts who could get behind the tax increases on wealthier individuals will rebel against any new business taxes, even on the largest corporations. The logic is that it’s the employees who will eventually feel the pain.

“Research shows that corporate tax increases are mostly passed on to workers in the form of fewer jobs and lower wages,” said Hogan, who previously served as the chief economist for the U.S. Senate Committee on Banking, Housing and Urban Affairs. “The proposed corporate tax rate of 28% would put the United States among the highest of developed nations, which would push businesses and jobs overseas.”

An independent analysis by the Tax Foundation seems to lend credence to Hogan’s point. The report concluded that the increased corporate tax rate will cost 159,000 full-time jobs and trigger a 0.7% wage reduction.

See: Biden’s New Tax Hike Targets the Rich – How Does It Compare to Other Presidents’?
Find: What Biden’s Proposed Tax Hikes Mean for Average Americans

It’s Not Only Big Business in the Crosshairs

Even many of the policy experts who could tolerate tax hikes on wealthy individuals and corporations will draw the line at LLCs and partnerships. Those classifications include millions of small businesses, although many will not be affected by the tax hike.

“Raising taxes on partnerships and limited-liability companies would put many small businesses out of business,” Hogan said.

See: What COVID-19 Has Meant for Small Businesses
Find: How Our Businesses Will Continue to Move Forward Post-Pandemic

The stricter limits on offsets for LLCs and similar noncorporate businesses are only part of the worry. Entrepreneur points out that those provisions pile on with the phasing out of the qualified business income deduction, the new Social Security tax and the increased income tax. Together, they have the cumulative potential to crush successful small-business owners — and successful small-business owners create most of America’s jobs.

“Biden’s tax plan would reverse the economic boom we experienced prior to the coronavirus crisis, which created the lowest unemployment rates for minorities and low-skilled workers in U.S. history,” Hogan said.